The Real Places That Gave Rise to Southern Fictions

There is a cheap way of invoking the American South—common to country songs and television shows and pulpy novels—that involves setting the scene with corn- fields or battlefields and setting the table with gravy and grits. You know that you’re in the midst of it when an otherwise deracinated character drops his final “G”s and says something about livin’ high on the hog or complains about how it’s colder out- side than a witch’s tit. But it takes more than kudzu or a Mason jar to make a work of Southern fiction. A real sense of place requires something else—more verb than noun, not a thing but a way of being. 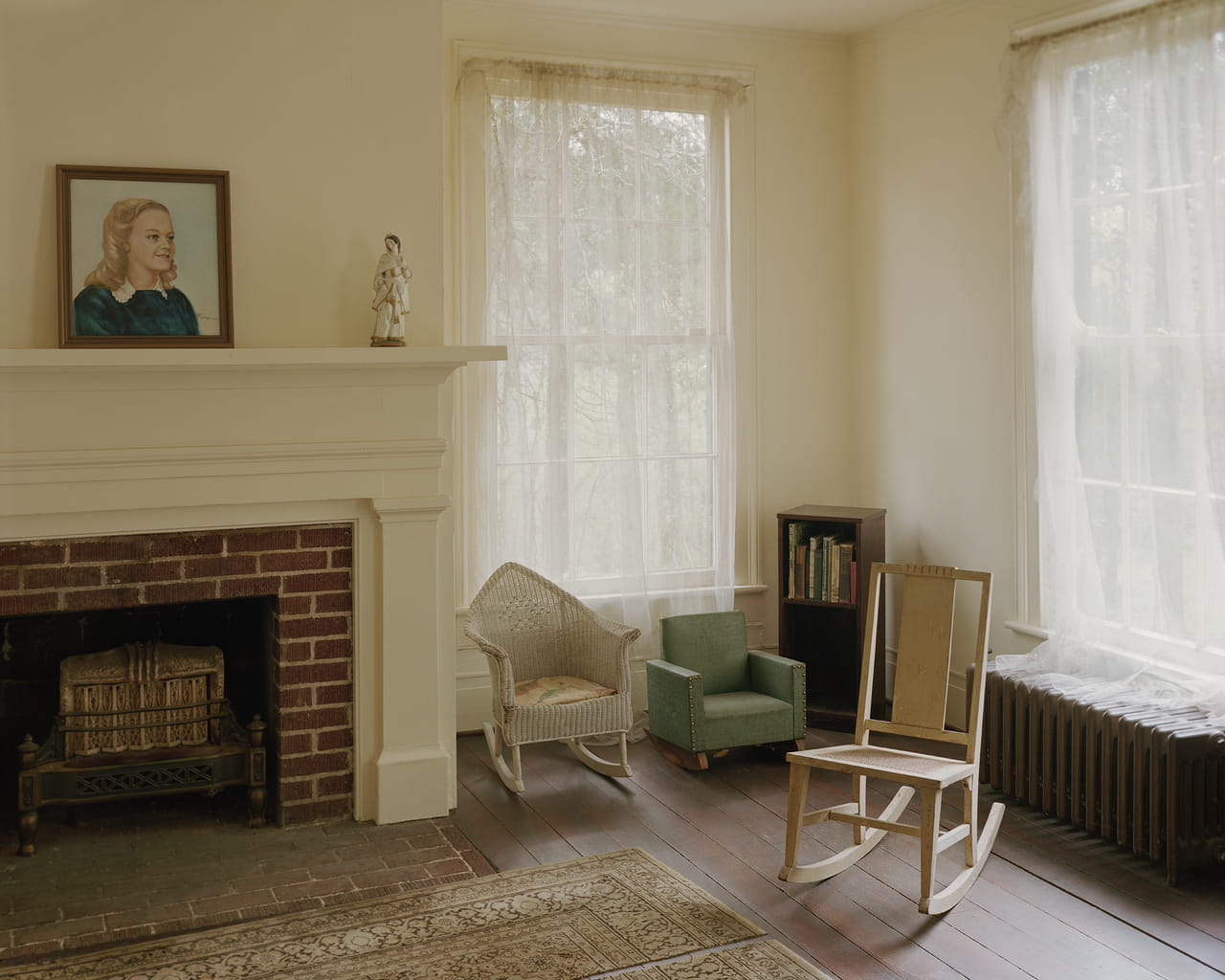 And yet some of those Southern nouns! Church, river, cotton—they shake the soul, cleanse the spirit, and line the roadsides. It is difficult to imagine William Faulkner without the rising waters of the Yoknapatawpha River, or Jesmyn Ward without the deep currents of the Wolf River. There would be no plot if not for the twenty-seven wagons full of cotton that Silva Vicarro needs separated in Tennessee Williams’s play, and no plot twist if not for the gin that tore up Tom Robinson’s arm in Harper Lee’s To Kill a Mockingbird. The gossip-filled, gospel-free church ladies in the stories of Alice Walker and Eudora Welty are the very sort that drove Hazel Motes to found the Holy Church of Christ Without Christ in Flannery O’Connor’s Wise Blood. 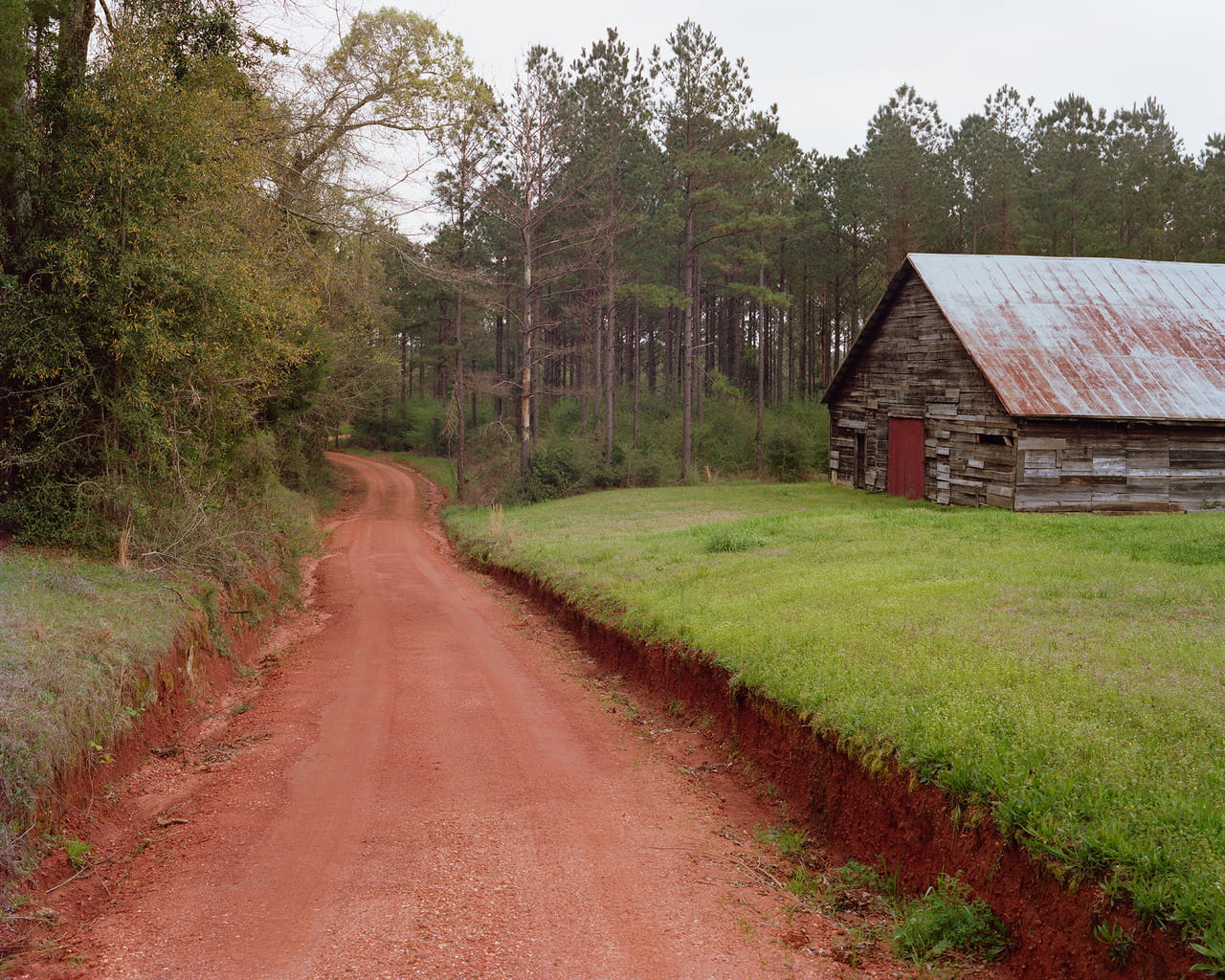 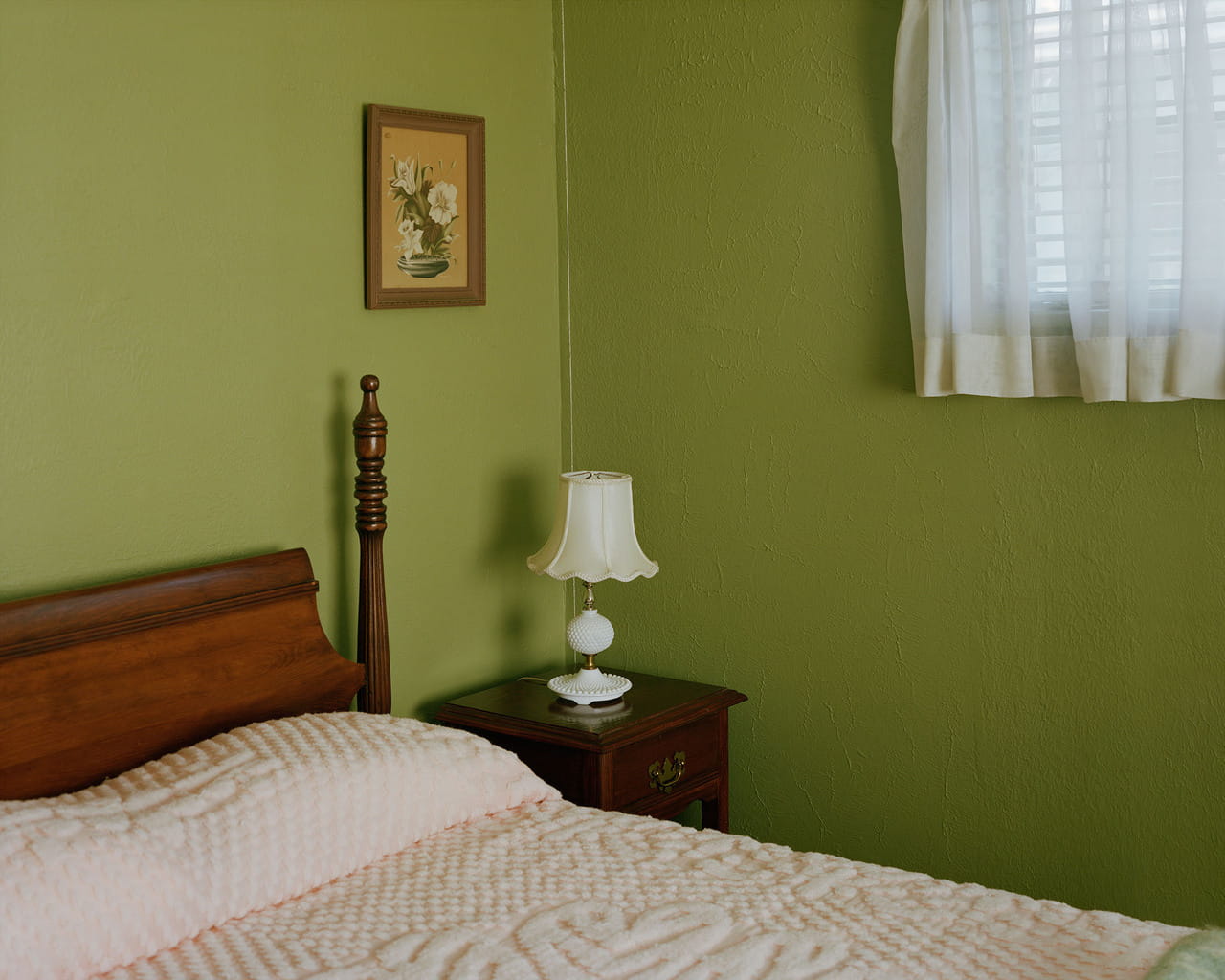 It is this kind of heftier noun which Tema Stauffer takes for her subject in Southern Fiction, a visual survey of the settings that shaped the imaginations of some of the last century’s most significant Southern writers. Stauffer’s pictures are not illustrations of particular literary works or portraits of individual writers but, rather, invocations of people and places, both real and imagined. Taken together, they capture the intellectual and aesthetic challenges posed by biography, but also by geography— and specifically by the American South. 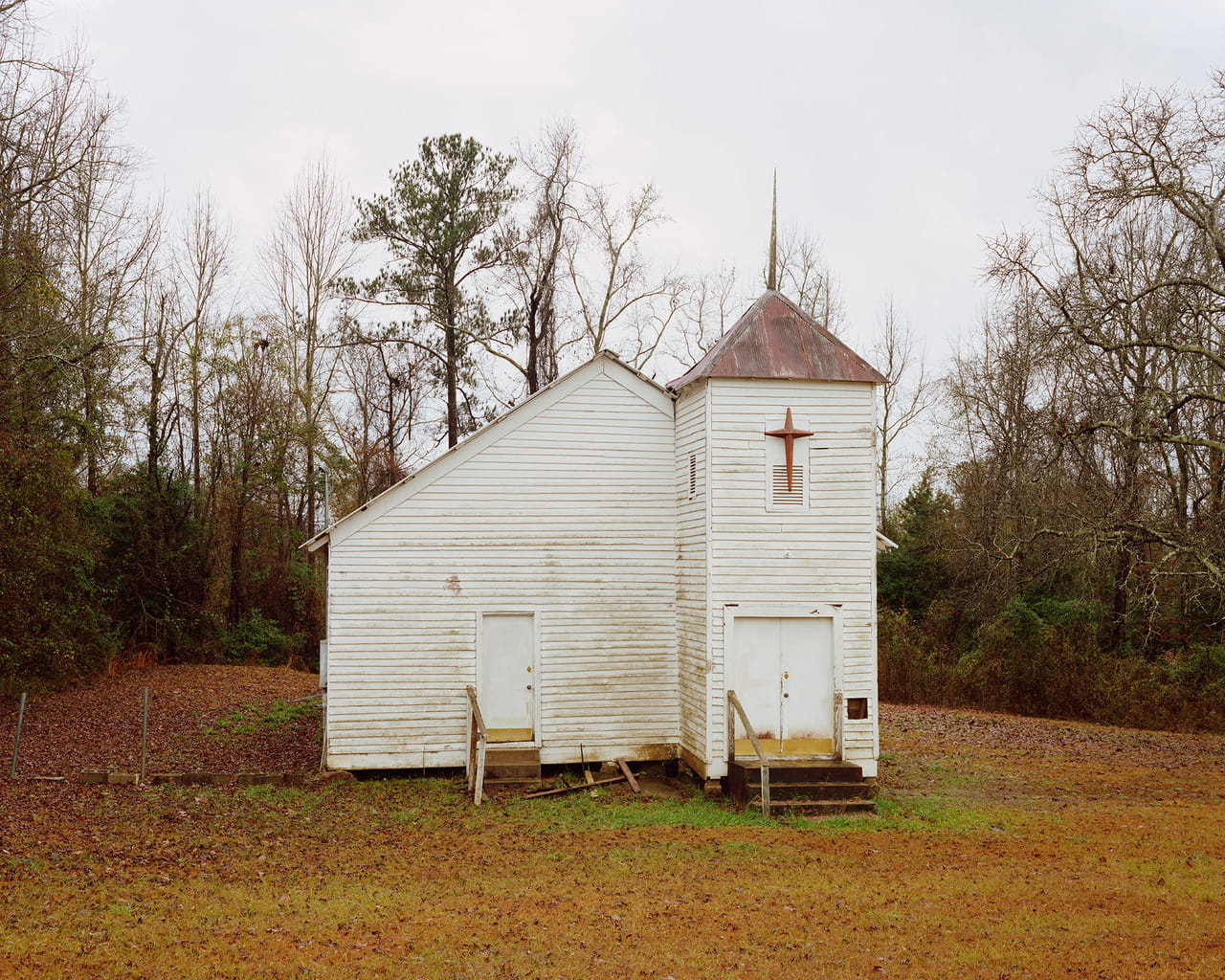 Stauffer’s own biography begins in North Carolina, where she was born but not raised. She grew up in the Midwest and studied photography there before moving to New York City and publishing the book Upstate, which rendered beautiful and specific the notions of decay and revitalization so often glibly used to describe for- mer industrial cities like Hudson, New York. Eventually, she moved back to North Carolina, after taking a job at East Tennessee State University. Her earliest memories of the South are not her own but borrowed from the novels of Carson McCullers and Truman Capote and the photographs of Walker Evans and William Christenberry. 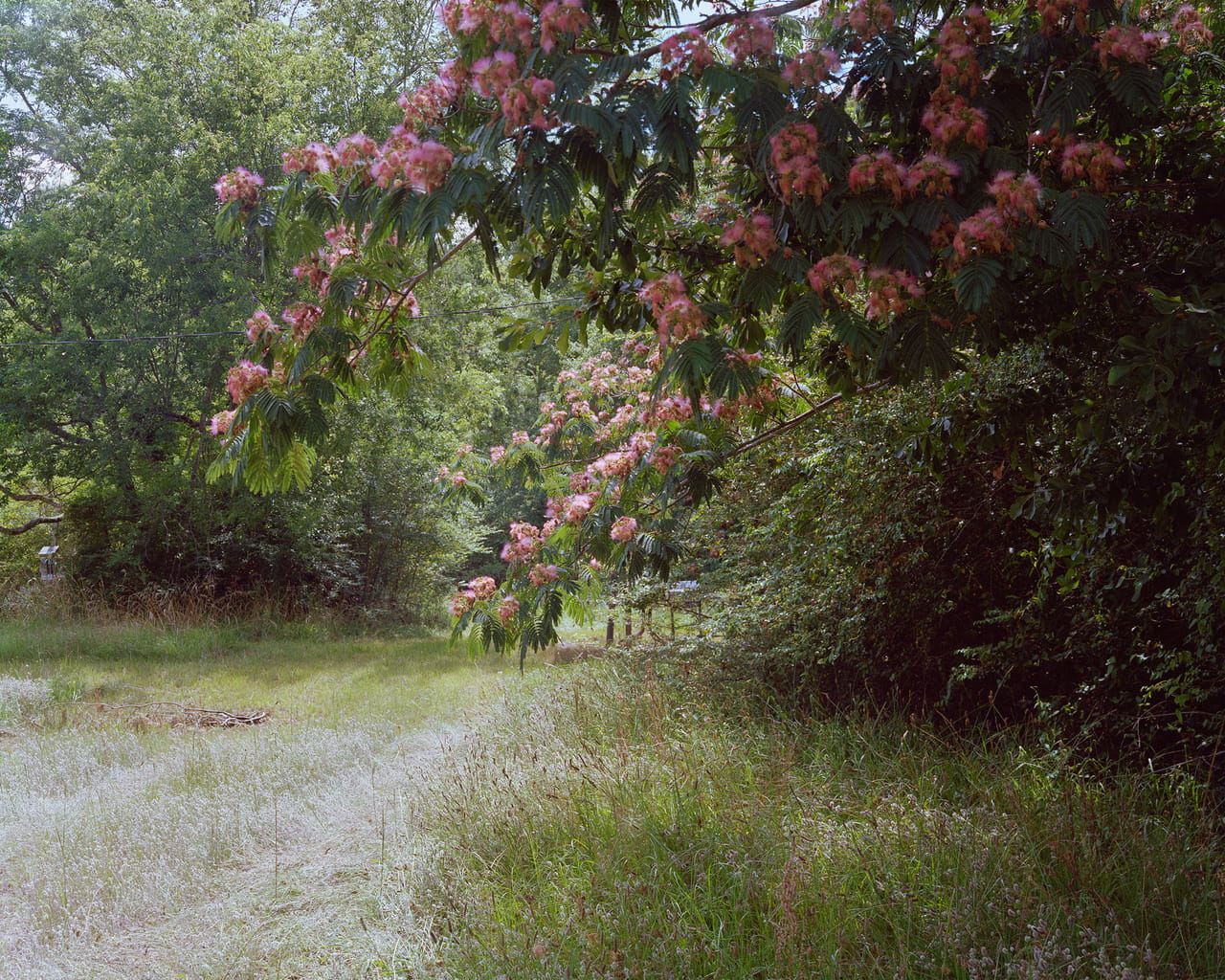 Part of what interests Stauffer is how you can know a place before you have ever been there, and how the experience of going there is shaped by your expectations of what you will find. This shadow South, the one that exists in our collective imagination, was much on her mind four years ago, as she started thinking about the pictures that would become Southern Fiction and went looking for what, in many ways, she had already seen. In Mississippi, she returned to Eudora Welty’s kitchen in Jackson, nearly forty years after William Eggleston had already photographed it; she shot a church in the tiny town of Rodney, where Welty herself had once taken pictures while working for the W.P.A.; and she captured the motel sign in the city of Canton, where Hollywood comes calling when it needs to set a film in “the South,” everything from A Time to Kill to O Brother, Where Art Thou? 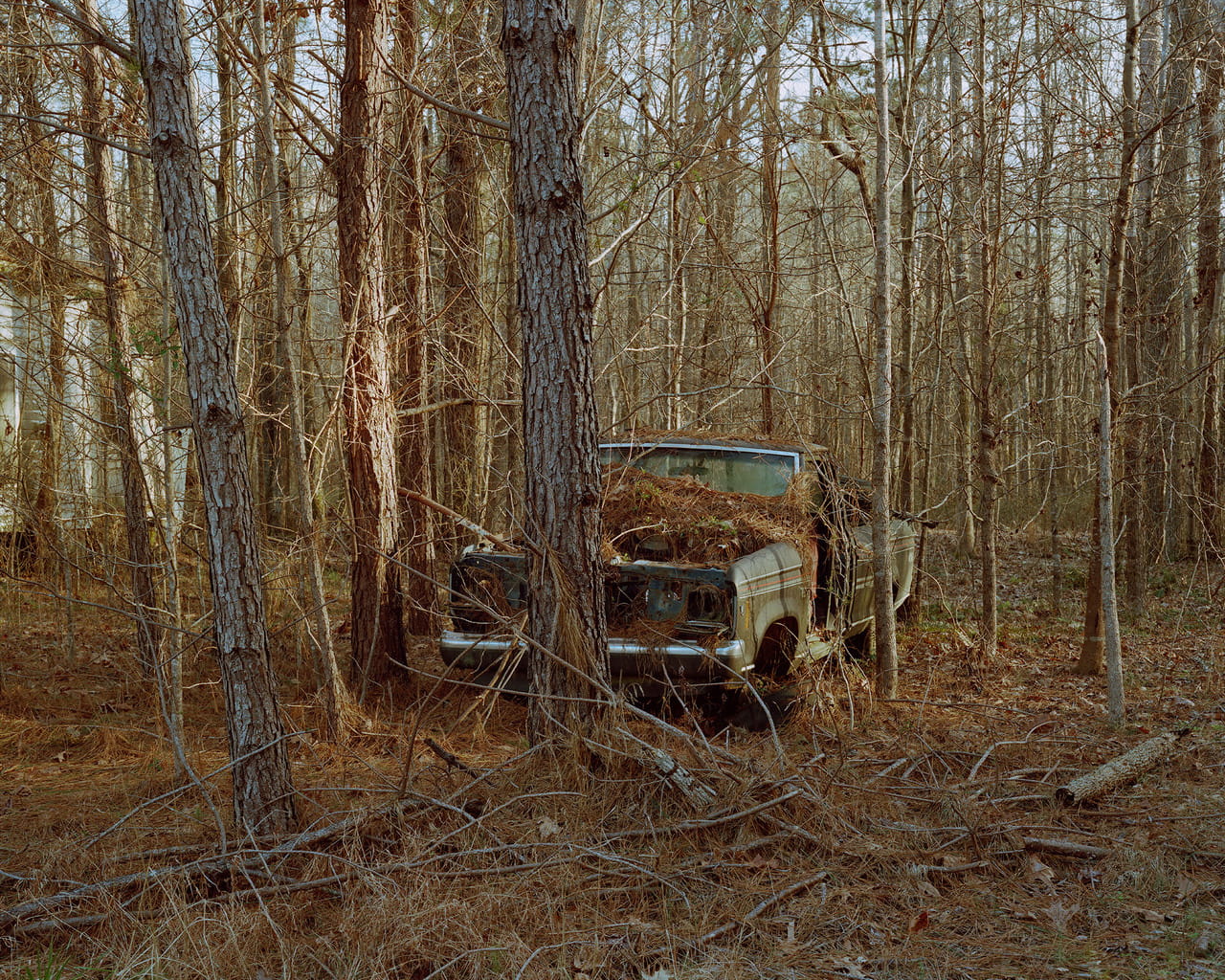 This part of the country has the look of a place that has been looked at, not always with accuracy or charity. These are the other kind of fictions which the series con- fronts: the kind of lies told about the South by those who live there, and the other kind of lies told by those who do not. In Stauffer’s work, however, homespun magnolia myths and wisteria fables are unraveled—for instance, by a cold, crisp picture of the Standard Oil gas station where the civil rights activist Samuel Leamon Younge Jr. was murdered in Tuskegee, Alabama—whereas the foreign finger-point- ing conviction that the whole South’s history is whitewashed is likewise undone, including by a pastel-perfect picture of the boycott mural in Port Gibson, Mississippi. 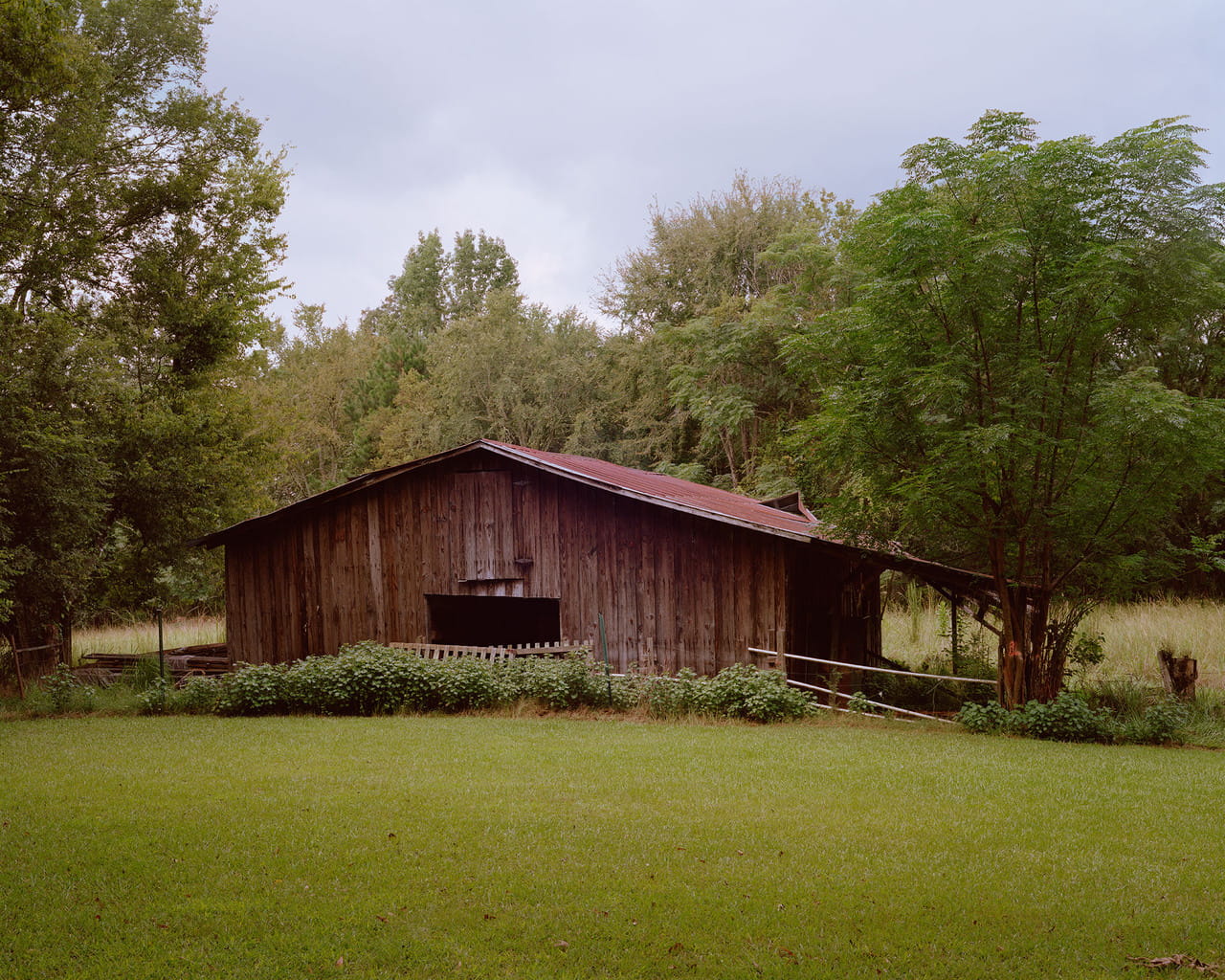 As for the lies told by artists: Stauffer considers those, too. For every dilapidated grocery store or rustic farm stand that has been depicted exploitatively or sentimentally by other photographers, Stauffer’s images playfully indict the appetite for poverty and delight in podunk that so many people bring to any place south of the Mason-Dixon Line. In her picture of Richard Wright’s childhood home, for example, the ostensible subject of the photograph is half visible, but fully pristine and carefully maintained by the family who now live there. The image centers instead the bleak house next door, with its sagging bricks, peeling paint, and torn roof, effectively gesturing to the poverty of Wright’s upbringing while simultaneously forcing viewers to look hard at their own assumptions about Black homeownership, in Natchez or anywhere else.

Tema Stauffer is a photographer whose works examines the social, economic, and cultural landscape of American spaces. She is currently an Associate Professor of Photography at East Tennessee State University. Her work is represented by Tracey Morgan Gallery in Asheville, North Carolina and has been exhibited at galleries and institutions nationally and internationally.

Casey Cep is a staff writer at The New Yorker and the author of Furious Hours: Murder, Fraud, and the Last Trial of Harper Lee. She is a graduate of Harvard College and the University of Oxford, where she studied as a Rhodes Scholar. She lives with her family on the Eastern Shore of Maryland.