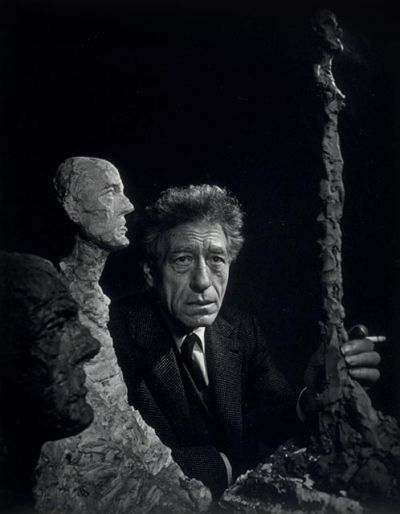 Obit Magazine has published an article by Phyllis Tuchman on the famed portrait photographer Yousuf Karsh (1908-2002), who is now the subject of a centenary exhibition at the Museum of Fine Arts, Boston. Tuchman says:

"The term “iconic image” could have been coined to describe photographer Yousuf Karsh’s magnetic portraits of world leaders, popes and prelates, masters of the universe, matinee idols, blue chip artists, and literary giants. The men and women who posed for Karsh, a longtime resident of Ottawa, were the dynamos of their time, the kind who appear on Sunday morning broadcasts, episodes of The View and Oprah, and late-night talk shows. Remarkably, a little boy who witnessed the genocide in Turkish Armenia, where he was born on Dec. 23, 1908, later spent almost six decades making a riveting record of the powerful and creative personalities who dominated much of the 20th century. Karsh also had a thriving studio practice. By the time he died at the age of 93 in July 2002, he had amassed about 50,000 portraits and was almost as famous as the celebrated people he photographed."

Once Upon a Time in Shanghai Mark Parascandola

A Sense of Place: Imprints of Iceland Charlotta María Hauksdóttir

And Here We Are: Stories from The Sixth Extinction Bil Zelman