Julio Zadik and his discovery of modernity 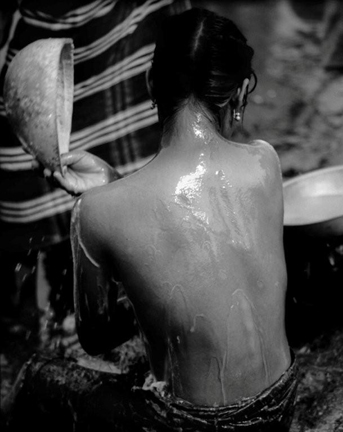 The recent re-discovery of Julio Zadik’s archive has yielded in a reconsideration of the origins of modern photography in Guatemala and its development through the nineteen forties, fifties and sixties. The exhibition and book that resulted from the Zadik family’s incursion into the great and impeccably kept legacy of their relative are filling in a gap in the construction not only of a recent history of photography but also in the construction of the identity of the country. In fact, it is in Zadik’s early images that we perceive a shift in the appreciation of the land and its people: a turning away from the ethnographic approach that prevailed during the late 19th century in favour of a more equalitarian, more modern view of the “other” as the exhibition's co-curator, Valia Garzón, explains in the catalogue essay.

Zadik’s photo production was, if not triggered, at least strengthened by his participation in the family business, the culturally influential Litografía Bryon Zadik. It was in this environment that Zadik befriended some of the most significant modern artists of the first half of the 20th century in Guatemala, most of them painters and sculptors. In fact, during his mid-career, the sway of all things pictorial was evident in his work, not only through his topics but also, and perhaps more importantly, through the development of a technique, compositions and approach to the subject matter. It was also through his work at the Lithograph that the artist came in contact with the work of several other photographers of the time, certainly none as visionary as Zadik, that reproduced and distributed their own work through postcards and matchboxes printed in the family premises.

His work, especially as the fifth and sixth decades of the century came about, became increasingly poetic and subjective. The photographer had realized the potential of what was still a relatively new technique and through it, he produced a prolific set of images around lake Atitlán: to date one of the most important physical and idiosyncratic hallmarks of the country. His portrayal of it was unusual, distanced from the common postcard views of the time, looking to uncover some hidden secret, an unrevealed plane of this battle ground between ethnic groups, between man and nature, between old and new. But that was hardly all; Zadik also produced nudes –both male and female– of astounding beauty and surprising novelty as well as an extensive description of the Guatemalan countryside.

In a time when photography was still considered a technique to the service of other disciplines, Zadik’s work is fundamental in the process that lead photography to be one of the most widespread forms of artistic production in the late 20th and early 21st centuries in Guatemala. Zadik’s images are sharp, direct, and daring even despite the respectful attitude he held towards his subject: whether it was a human being, a landscape or, later, parts of the city and its buildings. His compositions are never dull and his own appreciation of the rural Guatemala of the epoch, unquestionably modern in its reading of a new country but also in his exercise of a new art.