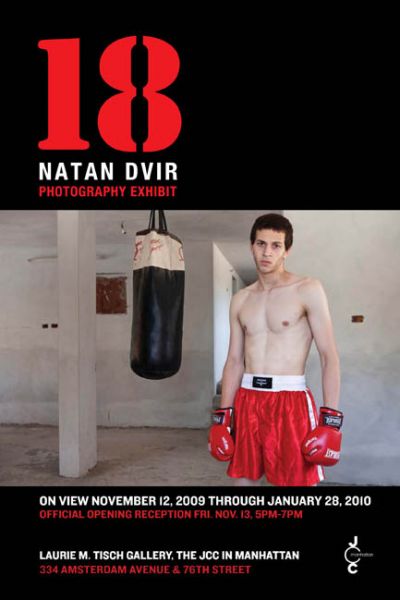 The exhibition examines contemporary visions of Arab society in Israel focusing on young men and women at the pivotal age of 18 — an age at which they
graduate from high school, become legal adults and gain the right to
vote as Israeli citizens, but unlike their Jewish peers, most do not
join the military. The project is an outcome of close encounters between an Israeli Jewish
artist and Arab individuals in various communities around Israel,
and includes a series of environmental portraits as well as
documentation of these young peoples' lives and close surrounding.

"18" will
be the first exhibition to be included as part of The Other Israel Film
Festival program, which strives to foster social awareness and cultural
understanding. The Festival presents dramatic and documentary features
and shorts, as well as engaging panels about history, culture, and
identity of Arab citizens of Israel, who make up twenty percent of
Israel's population. Its mission is to promote awareness and
appreciation of the diversity of the state of Israel, provide a dynamic
and inclusive forum for exploration of and dialogue about its Arab
population.