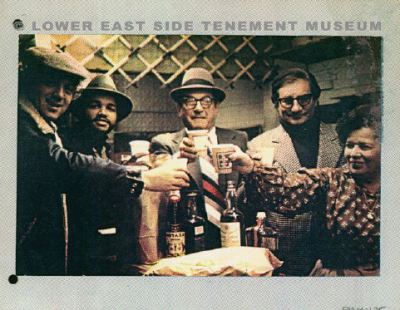 The Tenement Museum announces the launch of its online photo database, a compilation of over 1,300 images from the Museum’s collection. Accessible at photos.tenement.org, the database features images of the neighborhood, historic and contemporary photographs of 97 Orchard Street, and historic portraits of those who lived and worked there. All images are part of the Museum’s permanent collection, which features over 5,000 objects and 130 linear feet of archival records. 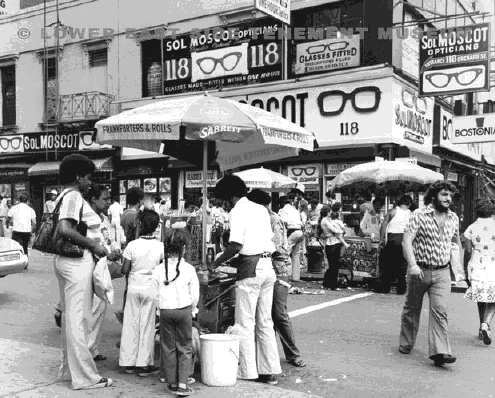 Edmund Gillon, Collection of the Lower East Side Tenement Museum © 2010

Notable collections within the database include:
-
Photographs of former 97 Orchard Street residents and their descendents, 1860s-2000s. Families whose stories are told on Museum tours are represented, as well as many others.
-
The last days at Sidney Undergarment Co., a photo essay taken on closing day of this business at 97 Orchard Street, 1979
-
The WPA photographs of Arnold Eagle, taken on the Lower East Side in the 1930s and early 1940s.
-
Lower East Side images taken by photographer Donald Sheppard in the 1940s.
-
Edmund Gillon’s photographs of Lower East Side street scenes during the 1970s
-
Images of the Tenement Museum’s restored apartments, as well as the building pre- and during restoration, from 1988 to the present day