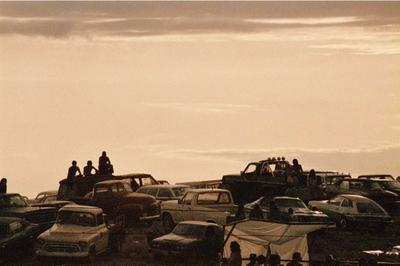 About this time last year, I was visiting my parents in Upstate, NY. I found boxes of 4"x6" prints I had made when I was a teenager. I was surprised at what the images revealed about myself and my attempts at being a good photographer nearly ten years later. I immediately began making piles of photographs. There were flowers, night-scapes, portraits of my siblings, insects, cars, sports, etc. After looking at those pictures for a couple a weeks, I realized that those photographs, the ones that most of us made as kids, contain an strangely clear narrative. The photographs were no longer about what the actual subject was, but linked with the other images, they seemed to explain why I was photographing in the first place.

Ron Jude's newest book, Emmett, published by The Ice Plant, contains a relationship; a collaborate with a single person. Jude made these photographs in the early 1980's, a time when , Jude says, he "had a feverish passion for photography" but "knew very little about the medium in terms of its history and its role in contemporary art" Even if you had no interest in photography as a teen or young adult, you still understand these photographs and their multilayered story thirty years after they were first created. Jude approached this project in much the same way as he did with his Alpine Star book, where he appropriated, often strange but banal, images from the local newspaper. Although he the photographs in "Emmett" were actually created by Jude, time has created a mental distance that allowed Jude to edit these images into an entity that exists outside the boxes of photos the book was created from.

Ron's friend and a TV with various shows appearing on its screen reappear throughout the book. We are continually shaped by our environment. For Ron in the 1980s, he had the rural landscape of Idaho, Motorhead, Nausea, the Rockford Files and muscle cars. "Television was my connection to the outside world and shaped my sensibility, not just as an artist, but in a very general sense," said Ron. There is a raw innocence in the way these things were translated through Ron's camera, but there is also the subtle sophistication of an established mind re-contextualizing a "non body of work" into a reflective narrative that takes us somewhere we have been and understand within our own past experiences. But, how do we make sense of the past when seen through photographs or on television? Ron says,"it's a project about the nature of the past (does it exist?), our desire to give structure and meaning to our memories, and our inability to ever fully know or understand ourselves through self-reflection. These pictures couldn't have been about those things 26 years ago." Everything that happens in the present comes from a culmination of past events. These photographs are now being viewed through the filter that now looks back and reflects on past desires, boredom, and isolation from any artistic criticism. 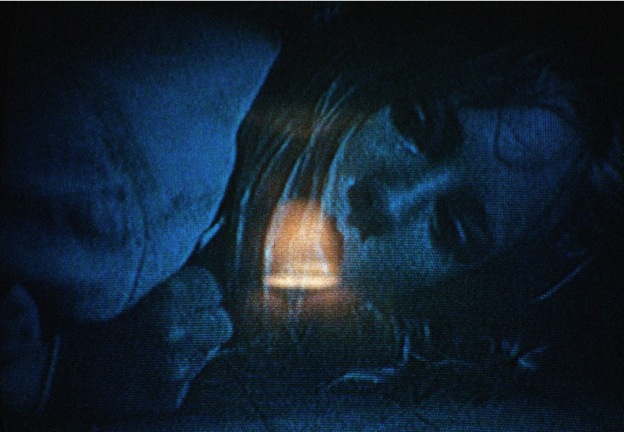