An Interview with Benjamin Rasmussen 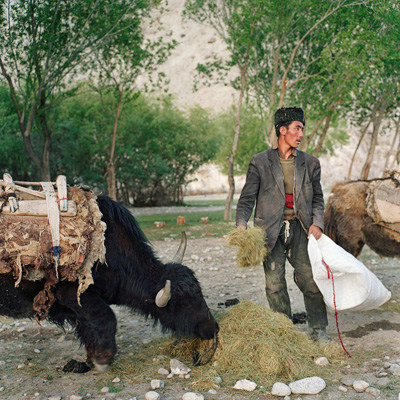 Benjamin Rasmussen, a freelance photographer currently based in Denver, Colorado, has spent the past few years pursuing independent documentary projects in locations such as Afghanistan’s Wakhan Corridor and the Faroe Islands. To make said forays possible, he has taken on commercial work and assignments for clients including The New York Times and The Chronicle for Higher Education. His personal projects have not gone unnoticed, either. This year alone, he participated in the Eddie Adam’s Barnstorm Workshop XXII, and his work was selected for the American Photography 26 Annual and photolucida’s 2010 Critical Mass.

Daylight: As a freelance photographer and photojournalist simultaneously working on both editorial and commercial assignments, how do you manage to find a balance between the two? And what sort of discretion, if any, do you take when deciding on your commercial work?

The goal for all of my photographs is to create a personal and aesthetic connection with the people looking at the image that will move them towards action. The thought process of, “What will this image make the viewer think and feel about this product or brand?” has caused me to think more about what my editorial images will make someone think or feel about the story.

When choosing commercial work, I like to work with clients whose businesses practices I agree with, and with art directors who share my vision. That is not so different from how I choose which editorial clients to target. 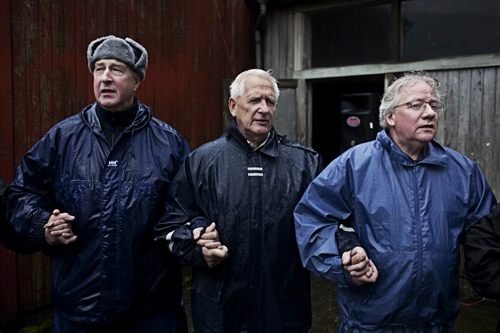 From the project, "The Faroese Whale Kill." 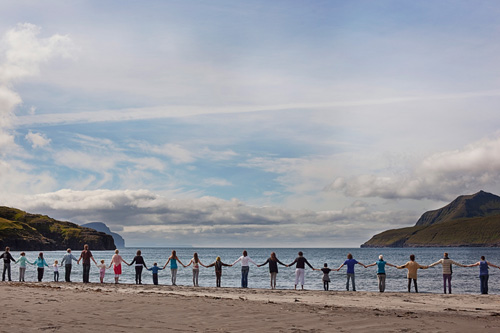 D: I imagine, in an ideal world, you would be working exclusively as a full-time photojournalist. Is this assumption correct?

BR: I originally thought that I wanted to work exclusively as a photojournalist, but what I have found in my short time in this industry is that what I am passionate about rarely lines up with the needs of photo editors. I love my photojournalism clients and enjoy the challenge presented by my assignments, but I don’t think that working full-time as a photojournalist would provide me enough flexibility to pursue the stories that I am interested in. One day of commercial shooting pays five or ten times what a day of editorial shooting does. That gives me a lot more room for projects that I care about. 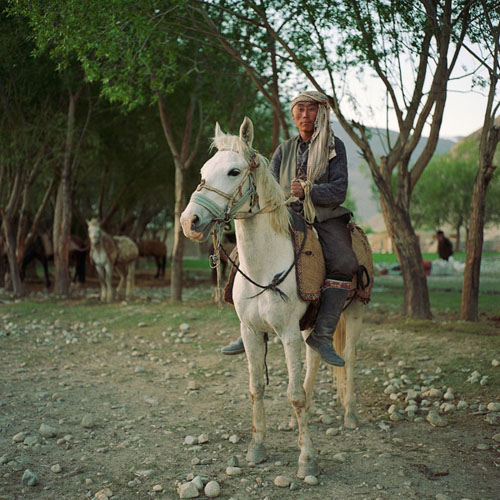 D: Given the distinct difference in editorial versus commercial payout, what, in your opinion, is the current state of photojournalism? And, with many newspaper and magazine offices shuttering their doors, where do you see the industry heading?

BR: I think that photojournalism is in a better place than it has been at any other time. Yes, the traditional industry of photojournalism is dying, but I say good riddance to it. I really do hope that the days of a bunch of white guys sitting around in New York, Paris and London telling one half of the world what to think about the other half are over. Today, there is more powerful work being done by a more diverse group of people and it is being seen far more widely.

The public interest in photojournalism seems much higher than ever before. This creates both a larger audience that is interested in seeing powerful stories, as well as more funding opportunities for photographers. While there is less money in newspapers and magazines, the photojournalistic style is being embraced by the commercial, fine art and wedding worlds. Photographers who diversify can still do stories they are passionate about, still get them out to a large audience and still make a living, but the process is not streamlined like it once was. 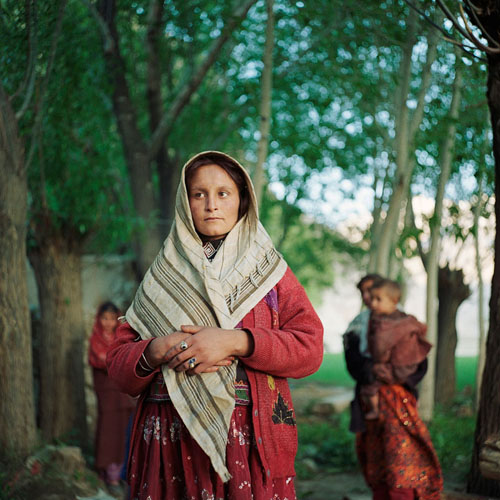 D: Speaking of diversity in photojournalism, your own background seems to place you among this growing group of culturally diverse photographers. You’re currently based in Denver, Colorado; grew up in the southern Philippines; went to college in Arkansas; and lived for a year in the Faroe Islands. How has this influenced your work?

BR: Growing up in the Philippines and being half American and half Faroese, I have always existed in three very distinct cultures without really being a part of any of them. Because of that, the projects that attract me are ones that allow me to explore those identities.

An example of this is the work I have been doing in the Faroe Islands, a small protectorate of Denmark in the middle of the North Atlantic with 48,000 inhabitants. I have been pursuing a long-term project in the Faroes exploring the relationship that people in such a remote place have with the ocean, as they have always relied on provision from the sea. I am interested in the dichotomy that exists with the water bringing both life and death, and how it simultaneously connects people to each other within the islands, but also isolates them from the outside world.

One part of this project is looking at the pilot whale kills that still take place in the Faroe Islands. Taken by itself, the practice is brutal. As a photographer my understanding could really just stop there. But since this is my country, I want to examine the cultural context behind the practice and explore it as a metaphor for the conflict between man and sea. This approach is a lot more work and takes much longer, but I think that the final product will be unique because of my cultural insight. 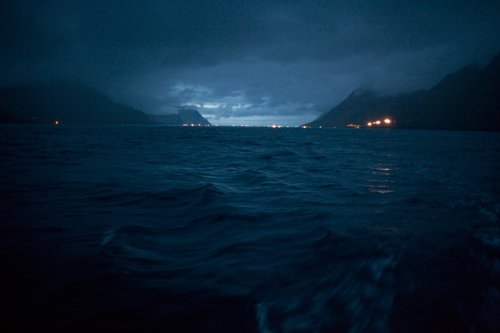 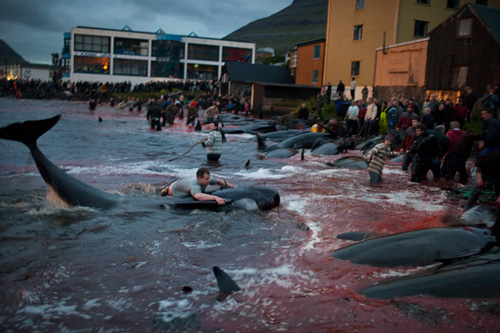 Both images from the project, "The Faroese Whale Kill."

D: One of your most recent photo projects took you to Afghanistan’s Wakhan Corridor, how did this come about?

BR: I have been interested in doing something in Afghanistan since moving back to the United States in 2009. It is our generation’s conflict, and I was looking for something that I could add to the conversation about the war. My sister-in-law was working in northeastern Afghanistan at the time and told me about the Wakhan Corridor. As I researched the region, I saw that it illustrated exactly what I felt was missing from our national dialogue about Afghanistan. It was a part of Afghanistan without the Taliban. It was a way to portray Afghans without using the loaded vocabulary of this war. 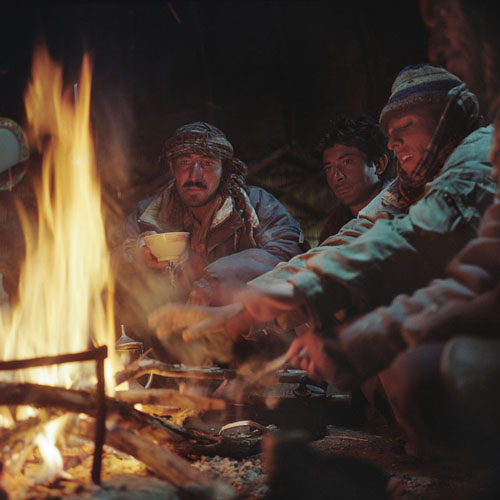 D: Daylight Magazine’s Issue 8 features selections from 14 photographers’ portfolios on Afghanistan. The essays range from Aaron Huey’s“Afghanistan Drug War,” to Tim Hetherington’s “Sleeping Soldiers,” to Moises Saman’s “Broken Promise.” Also included is Beth Wald’s story, “Wild Afghanistan—The Wakhan Corridor,” which she photographed for National Geographic in 2004. Both of your projects seem to depict a common hospitality and pride among the region’s inhabitants, which is unique considering the country's association with war-torn and drug-related imagery. What was your initial vision with your project and do you plan on going back to further explore the region?

BR: Beth Wald was a big help as I was researching this region. We were both living in Boulder, CO, and she took the time to meet with me and tell me what to expect and how to plan.

My goal for the project was really simple: to show a different kind of Afghan. I wanted to make pictures that would stand in contrast to the images of the Taliban, war, and poppy fields people are used to seeing. It is not that those images are not real or important, but I think that the saturation of negative Afghanistan images in the media leads to a cultural value judgment of Afghans in general. If we never show them outside of the roles of aggressors or victims, they never become real people in our minds.

I hope to go back to the region and continue this project some time in the next year. Because of logistical difficulties, I was only able to spend a small amount of time in the Wakhan and only scratched the surface of what I want to do.