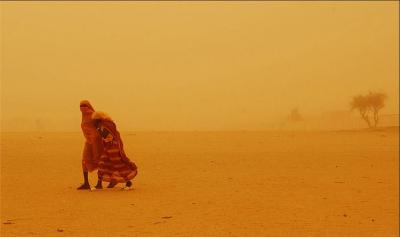 Ripple Effect is a collective of world-class journalists dedicated to documenting the plight of poor women and girls around the world, and highlighting the programs that are working to empower them, especially as they deal with the devastating effects of climate change.

Women in developing countries bear the biggest burden as climate change impacts the world. In drought, they must walk for hours to find water for their families. In nearly all situations, women are the ones who feed the children and the elderly, carry the young when they are forced to migrate, and nurse them when they are sick from waterborne diseases or malnutrition. It is in the daily lives of these women that the battle to save the family, the planet, and the future is played out.

It is a fact that the highest impact programs that mitigate climate change are those that invest in women and girls. Statistics show that when women are offered even a small opportunity, they pay it forward to their families and communities at three times the rate that men do. Climate change dollars designated for women’s programs have a significant impact on both human lives and the environment.

Working closely with scientists and NGOs to identify both the needs and the innovative programs that are helping women and girls, Ripple Effect journalists, which includes a MacArthur Genius fellow, Pulitzer Prize and National Humanities Medal winners, and an Emmy Award winning filmmaker, travel to these international hot spots where the role of women in society is entwined with environmental concerns; where conflict and poverty meet dwindling resources, desertification, water scarcity, crop failure, rising sea levels, and the spread of disease. The resulting photographs, video, and stories are then made available at little or no cost to partner aid organizations, policymakers, NGOs, ambassadors, corporate leaders, and the State Department.

"In too many instances, the march to globalization has also meant the marginalization of women and children. And that must change." –Hillary Clinton, U.S. Secretary of State