An Interview with Sebastián Liste: Part One 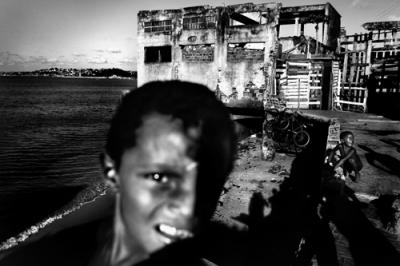 Photographer Sebastián Liste’s project Urban Quilombo was recently selected by Whitney Johnson as one of the Juror Picks in the 2011 Daylight / CDS Awards. For the project, Liste developed relationships with and photographed families living in Galpao de Araujo Barreto, an abandoned chocolate factory in Salvador de Bahia, Brazil. In part one of a two part interview with Daylight, Liste talks about his experiences working in Brazil and the unexpected circumstances he has found himself in. For part two, which will be posted on the Daylight blog in November, Liste will show and discuss new personal work he has created for the 2011 Joop Swart Masterclass.

Daylight: How did you first hear about and/or discover Barreto?

Sebastián Liste: I first accessed Barreto thanks to my friend and mentor Ernesto Bazan. It was during late 2009 and since then I have gone back several times on my own. Earlier this year, however, the Brazilian government evicted all of the families from the building. 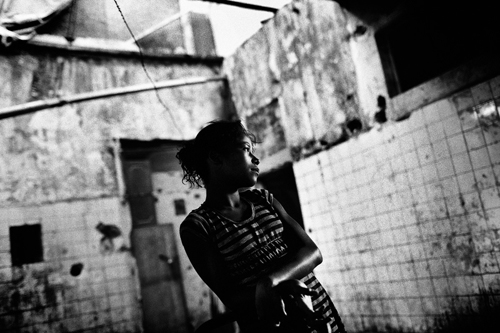 D: What is the significance of the title Urban Quilombo?

SL: In Brazil, quilombo is a name that was given to runaway slaves’ settlements, specifically on plantations owned by Europeans. Each quilombo functioned as an outlet against the violence of the slavery system, giving slaves a space for recreation and the ability to express their African heritage and traditions.

In the modern-day quilombo a broader interpretation is associated with the word. It stands for the resistance of an ethnic territory that is able to organize itself and to reproduce its culture and particular way of life—even in adverse conditions and varying geographic locations.

In this case, the adjective “Urban” in Urban Quilombo refers to the strength of a collective community against the unbalance in Brazil’s social and economic system. In other words, these communities no longer exist in the countryside as in the days of slavery, but are created within cities. Today, it is mainly an urban movement in which the inhabitants are looking for protection and security, for equality of conditions, and for free access to land. 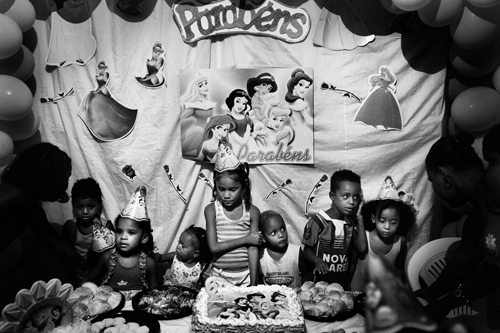 D: Have your subjects from Barreto seen your photographs, and if so, what has their response been?

SL: While I was working in Barreto I would go to a photo lab every week to print hundreds of images. I brought every family an album and they used them to start their own family albums. They always asked me for all of the images that I took, including the images of them having sex or smoking crack. No taboos there! 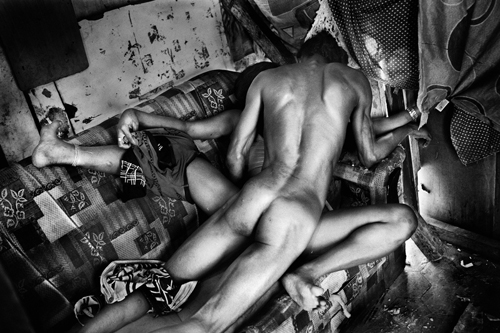 D: Which of your photographs from Urban Quilombo was the most unexpected?

SL: Probably the most unexpected situation that I experienced in Barreto was the story behind the photograph of the couple making love. I spent that entire morning talking with them in a small shack. At first, there were many people coming and going—some stopped by to buy crack, then returned to smoke, and then they would leave the shack. After a while, I was alone in the room with this couple and they moved the couch in front of the door. They did this so they could smoke crack without anyone entering. While we were talking, they sat on the couch while I sat on a bed in front of them. Once their high set in, they began to be very affectionate—kissing, fondling. One thing led to another and the two of them began to make love, not caring in the least that I was in the room. At this point, I could not leave the room because the couch was blocking the door. I grabbed my camera and as I watched this strange situation unfold I took a photo. Before this moment, I had never been interested in taking pictures of people having sex. 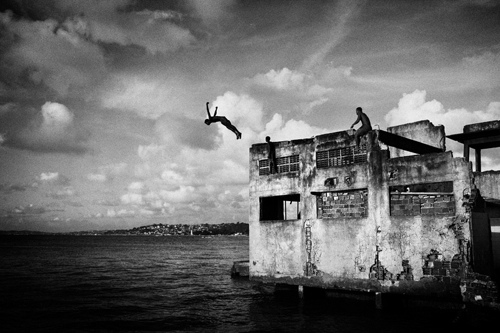 D: Would you say there are themes  — cultural, visceral, or otherwise — that are shared among all of your projects?

SL: More than specific themes among all of my projects, I think that all of them have common feelings. It’s more about the way in which I approach each project with a shared intimate narrative that reveals how my photography has allowed me to experiment with my own life and develop interrelations among the people I meet. 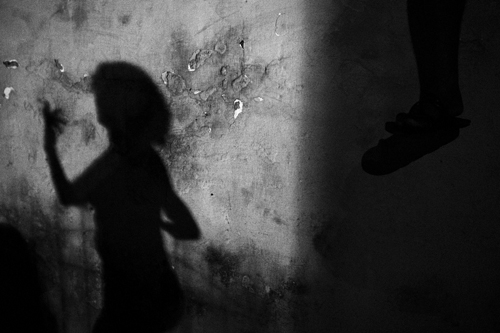 D: Tell me about your project Bahia, which seems to communicate a lot about the spirit world, and of life and death.

SL: The project Bahia is an unrestricting way for me to explore life and death in the Bahia state of Brazil. Now that I am growing closer to that place, I have a greater understanding of how the people there profoundly relate with magic and the spiritual world. Because this is an ongoing project, I am always thinking about the juxtaposition of images to create a visual map of a place where the tragic decomposition of human life coexists with the magic realism of Latin America. 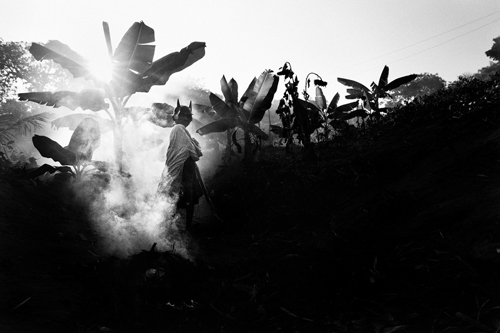 D: You recently moved back to Brazil. Are you continuing to photograph these families and expand on your project or are you going there with other projects in mind?

SL: I’m continuing to document the community of Barreto now that they have been relocated. The Brazilian government decided to move them out of the building due to all of the urban development happening in preparation for the 2014 World Cup. I’m not sure yet what the direction will be for the second chapter of the story, but I’m trying to have a different approach and respond to the new situation the families are living in. Since I’m now living in Brazil I have the opportunity to go deeper into my Bahia project and currently I’m expanding it to all of Northern Brazil. In the coming months, I also want to start a new project in the Amazons.

For more information about Sebastián and his work, visit: http://www.sebastianliste.com