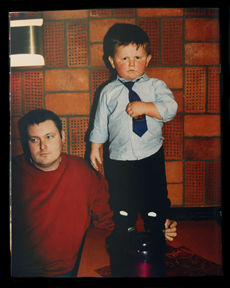 I may be jumping the gun here, it is still autumn, but the waning daylight is spurring an early onset of seasonal fatigue.  I've decided to brace myself by revisiting Lars Tunbjork's amazing book from 2008, Vinter.  Tunbjork made the Vinter images around his native Sweden from 2004 to 2007 as a means to confront, head on, the darkest months of the year.  One of the consistent strengths of the book is that Tunbjork was able to make work about this oppressive darkness without making physically dark pictures.  Almost all of these photographs begin with the brilliantly garish flash connected to his camera.  His subjects are shocked from slumber, rendered with immediacy, and slathered with fat, saturated color.  A girl in a red polka dot dress digs her long red fake fingernails into the back of her boyfriends neck before kissing him.  A soiled snowman hangs onto its black charcoal smile.  Henrik, the plump short order cook, shows a handful of chipped beef while two hot dogs cook behind him.  Some pigeons are pecking at grossly yellowed ice.  A wet log is on the chopping block.  Tunbjork also has a knack for irresolvable situations.  Two blonde girls in costume dresses are up on the bar waiving their dresses high to give the patrons a peak, all in a strangely American country music themed lodge.  A small round boy standing on a table pulls uncomfortably at his short tie and meets Tunbjork's camera with a frown.  He has sauce on his chin and his dispassionate father has a scratch on his nose.

These images do not belong to a crystalline winter landscape; this is the shit we slog through and pass, heads down, one mindful step at a time.  Over the past week, I've had the sense that Tunbjork's winter nightmare is here in New York, creeping up on me, and that if I only had a flashlight and the courage I might catch a glimpse.

*There are two versions of the book, the 192 page traditional but gorgeous Steidl-produced monograph, and the oversized  24 page catalogue that was produced in conjunction with an exhibition of the work at Gallery White Room in Tokyo in 2008.   Having had a choice of the two, I went for the catalogue.  It is uncompromising and bold.  All the images are full bleed and vertical, and it is without a single letter of overlayed text, not even the artist's name or date.  In other words, its all image, and its all the better for it. 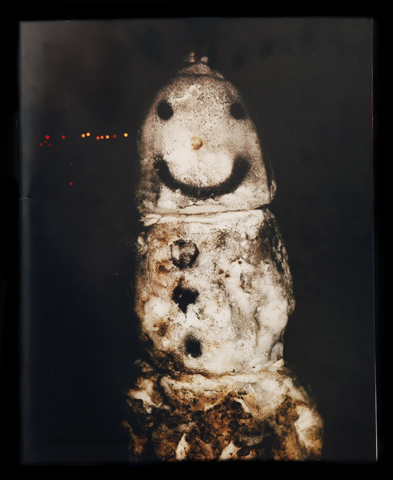 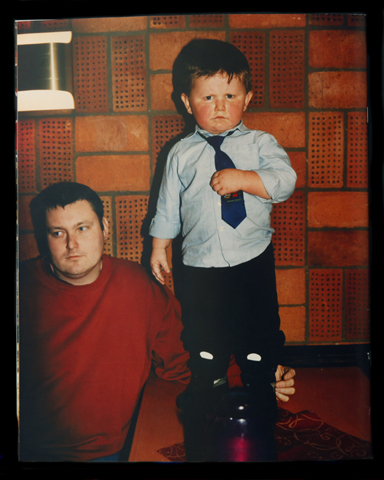