The Lost Photographs of Lewis Hine in Europe 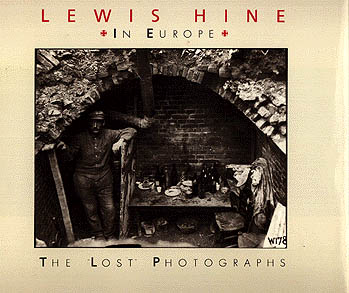 Riverside books is a small, independent publishing company that produces high quality, affordable illustrated books. They have just re-published (originally published by Abbeville Press) the lost photographs of Lewis Hine from his time in Europe. While in Europe, Hine photographed World War I's devestating effects under the direction of the Red Cross. These images made an especially good case for the need for relief work in France, Italy and Greece, reminding us that the work of early photojournalists was just as much about advocating for the causes of government agencies as much as it was about documenting and broadcasting world events.

The story about how the photos were lost to begin with is worth reading. Says the publisher,

"At the end of world War II, the Red Cross deposited its photograph collection--some 50,000 pictures--in the Library of Congress, where Hine's work was effectively "lost" due to an eccentric filing code that baffled historians for nearly forty years. Author Daile Kaplan finally was able to break the code, identify Hine's photographs, and reintroduce to the world the best of this master's "lost" photographs--an event that not only brings to light a completely new body of Hine's work but gives him his due, at last, as a true pioneer of photojournalism."

Have a look at the book on Riverside's website, and purchase one if it strikes your fancy. It would make a great gift for any photography enthusiast.