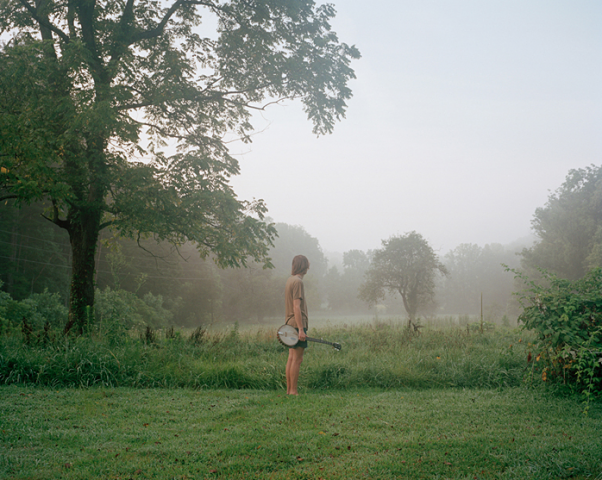 Photo Awards Juror's Pick Shane Lavalette is just days away from the conclusion of his Kickstarter campaign for the publication of his body of work on the American South. This project grew out of a commission from the High Museum of Art in Atlanta as part of their Picturing the South series, which has included past artists, such as Sally Mann, Emmet Gowin, Richard Misrach, Dawoud Bey, Alex Webb and Alec Soth. This month, Lavalette exhibits new work along side Martin Parr and Kael Alford as part of the MoMA/High Museum partnership.

Kate Levy: In his essay, Tongue After Tongue, Tim Davis discusses your point of entry into the South as the vernacular music of the region. Your work employs a rhythm which seems informed by the rich history of oral tradition and musicality. What specifically have you been listening to, and what about this music calls out to you to transcribe it visually?

SL: Exactly. I've always had an interest but in recent years was really taken with blues, old time and gospel music - each of these genres have their particular style and lineage, but they all tend to touch on similar stories and themes about daily life, struggle, love, death, nature, religion, etc. I've been listening to the likes of Doc Watson, Roscoe Holcomb, Son House, Mississippi John Hurt, Leadbelly, Elizabeth Cotton, among others. When I began my project, which was a commission for the High Museum of Art in Atlanta (where the work is now on view), I set out not to create any documentary about Southern Music but something more distinctly lyrical, inspired by the music. In particular, I'm interested in how the music is shaped by the landscape of the region as well as how our understanding of the landscape is shaped by the music. 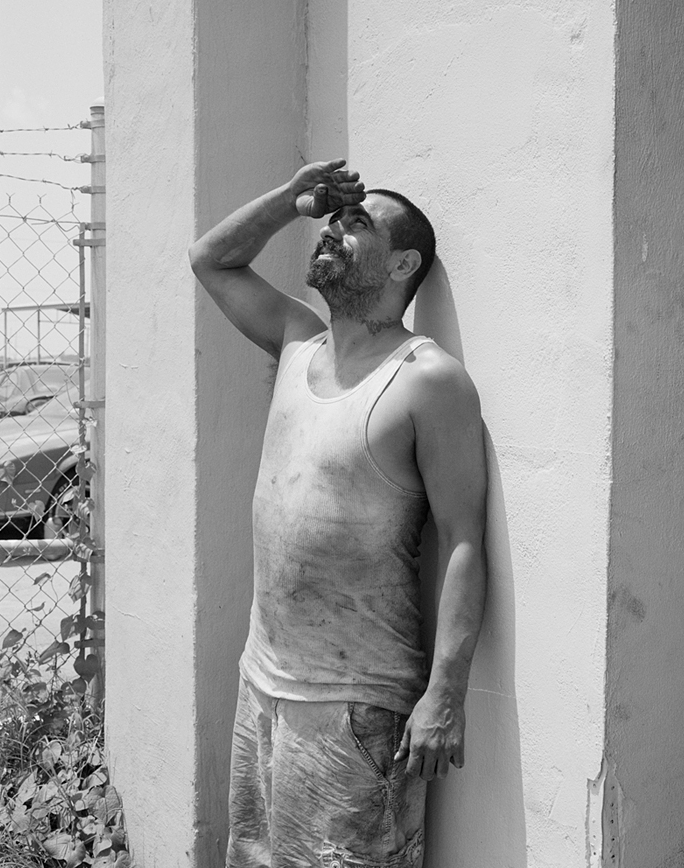 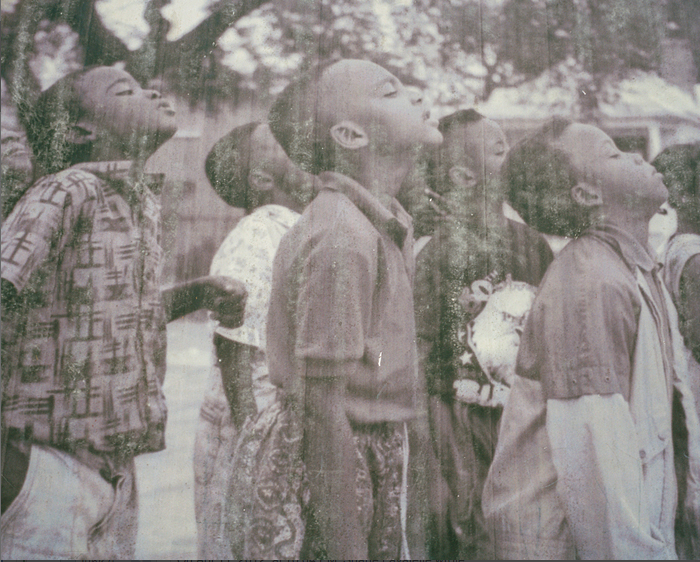 KL: You seem to adapt tactics gracefully employed by the likes of Peter Sekaer and Walker Evans in that much of your documentation is centered around sineage, markings and visual articulations, sometimes weathered by years. What specifically do you hope to translate about Southern history and livelihood by depicting these aged cultural signifiers?

SL: In the same way that some parts of the musical histories I am interested are slowly fading and changing, so too is the cultural landscape. It's weathered by the years. Some things are forgotten, others are cherished and carry on. Some of my photographs are in color, others are in black and white. I was interested in the idea of using (and mixing) both to talk about this aspect of time and in some instances timelessness. 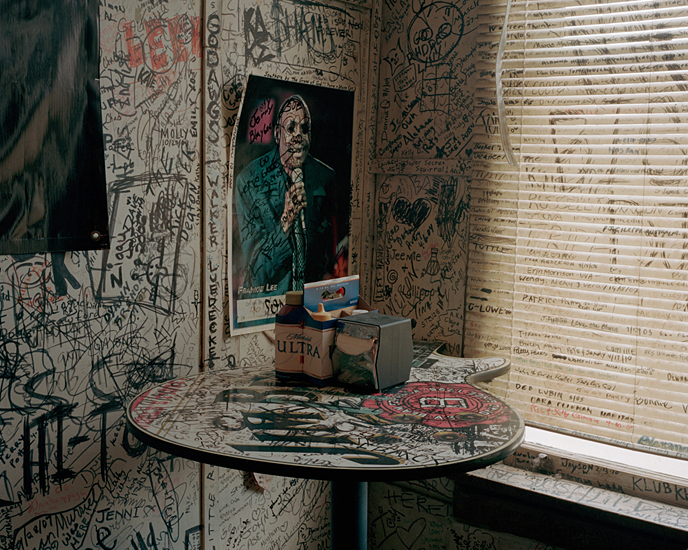 KL: What particular regions were you drawn to, and how did the course of your travels bring you to these places? How long were you traveling in the South?

SL: I was primarily drawn to the 'Deep South' and spent most of my time in Louisiana, Mississippi, Alabama and Georgia. Though I also spent time in Tennessee, Florida, the Carolinas, etc. I spent the whole of the Summer of 2010 living out my car, camping and staying with kind folks, much of the Summer of 2011, and then various shorter trips to specific places in between.

KL: You're from Vermont. Were there times you felt like a fish out of water? What were your most difficult points of entry?

SL: Certainly. In a sense, I am. Though, at this point it's something I've become accustomed to, having photographed in Ireland, India, and other distant places. I really fell in love with the South, so it wasn't hard for me to aclimate but there are always times where you're reminded you're just not a Southerner. The hardest points of entry tended to be into the personal lives of people. Fortunately I met a lot of kind strangers that became friends, welcomed me into their homes and shared their stories, recommendations, couches, etc. The way I travel is usually dictated by the people I meet and where or who they refer me to. These relationships are important to me personally but also to the pictures.

When I was in Natchez, Mississippi I met a man named Alvin who played organ and sang in his local church choir. Not only did he welcome me into his home, but he actually opened up and sang for me. The result is my first video piece I've ever shown, which is simply Alvin singing silhouetted against the window in the living room. This was a very memorable, and completely moving moment for me. 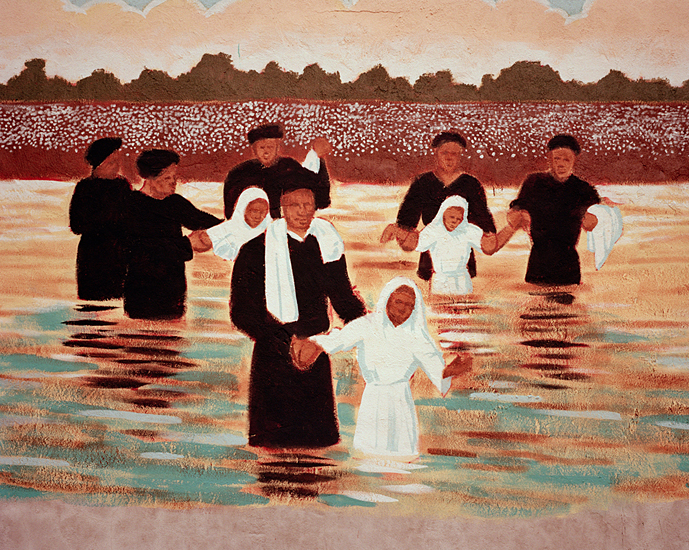 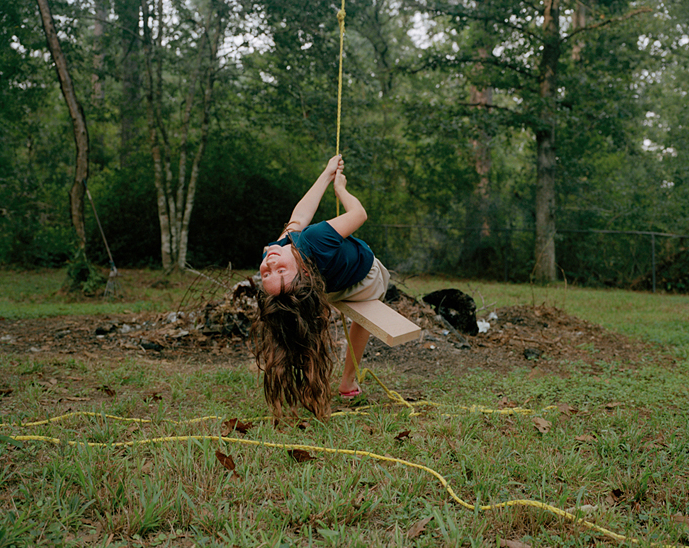 KL: What are you working on now?

SL: The project has always been moving towards a book, so I'm in the process of editing, designing and producing my first monograph which will have images from the exhibition at the High but also a number of others. The book form lends itself nicely to the musical nature of the work, so I'm thrilled to be making this happen. The project is currently being crowd-funded on Kickstarter until this Friday, June 22nd if any readers are interested in pre-ordering a copy or making a pledge to support the project in general.