The Alphabet of Light, #3, by Kirsten Rian (Dennis Witmer) 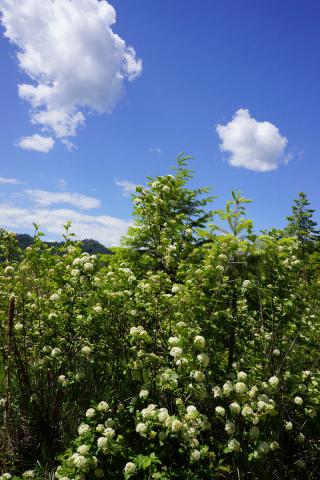 “I know so little about photography, but when I was teaching first graders, I had them make a camera with two hands coming together in a frame - then the snapshot poem that came from it.  It was so much fun to see all these little bodies running all over the lawn stopping, holding up their hands to capture what no one else was seeing,” poet and essayist, Melissa Madenski, tells me the other day.

This got me thinking. The same words, the same sky, all of us walking the same soil, and by and large maneuvering the same dog-eared page turns of life, death, and love. Yet none of us see exactly what the person next to us is seeing. Not a single one of us. Perhaps the fundamental core content is the same, but there’s so much more to contextualizing imagery--individual histories and memories spilling into every moment, color, and line the eyes intake. And from this perspective, everything held within every street corner, out any window, looking up from any pasture edge or out across any bluff, is infinite. Even when it’s quiet. Daily. Seemingly ordinary.

Kids get this. And the elation of running around with a finger frame held to their eyes is a vector of discovery, the kind of awake-ness that often gradually slumps as the architecture of daily grown-up life builds itself around us from year to lumbering year. How to visualize, accurately, the now of experience, is a feat I’ve yet to nail down, whether it be via camera, paintbrush, or pen.

Add interpretation to the mix and that’s another set of slippery syllables all together. It occurs to me that, as with the way a photographer looks and the decisions driving the fingerpress of the shutter, interpretation is an act of intention. An effective image inextricably links hands with a viewer and in that second, leaves the photographer. We take a picture, give it away, take, give, and this call and response cycles through every one of our pieces, like memory, like morning.

Recently, the inimitable photographer Dennis Witmer wrote to  me: “More and more, I think of photography like poetry--a poet doesn't invent words, they just use the same words as everybody else, but they use them with a different intensity--they create patterns of words that are meant to be repeated and to carry meaning.  Everybody writes, but very few people are poets. It seems to me that the meaning of photographs comes from exactly the same place as the meaning in poems--from the intentions of the artist...Learning to make photographs that say exactly what one intends to say takes just as long as learning to write poetry--I want to make pictures that are worth looking at again and again, that carry beauty and meaning.”

Dennis takes big photos of big land. And I don’t mean scale, not the trendy mural-size deals, I mean his images are rich. Vast. He looks out across the Alaskan Brooks Range and recognizes wholeness in the emptiness, found in the forgetting. He looks out and lets himself see. And happens to include his camera in this process.

In a recent collaborative book, Robert Adams said, “When I study Witmer’s pictures I think of pictures from the Hubble telescope. They document the same cold—nature’s apparent indifference—but also the same deep mystery, an unknown so impenetrable that only a fool would claim to know enough to write off hope, even hope for a caring and forgiving God.”

Measurement by sightline. Trust by peddling containment within a square. Reconciliation of truth caught in a moment before it changes and becomes someone else’s moment. Maybe we shoot to qualify the tone of voice in our head saying, here, look here, see what is here.