Revisiting Photoville: Highlights from the Exhibitions 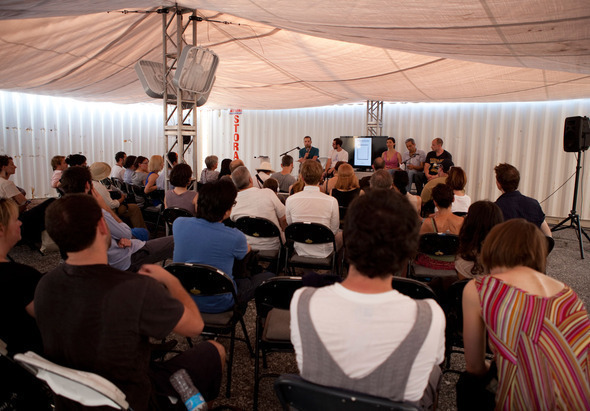 Over the past few weeks, a village of storage containers was converted into exhibition spaces for photographs. For the majority of the pop-up’s existence, the climate scorched even the most seasoned and durable documentarians, sweaty non-AC adept New Yorkers and their extremely loyal dogs. Indeed, during the last weekend, the majority of the visitors to Photoville took solace within the gigantic beer garden. In case you were one of the people who couldn't handle the heat long enough to take a good look at some of the images, here are some highlights.

As photographers are weathered by being knocked around in storage containers, attached to corroguated walls with magnets and exposed to extreme tempertures, photographs should too. We have Photoville to thank for bringing photographic prints out of a precious vein and into a strange, yet human environment. The exhibitions were, in all ways, steeped in documentary tradition.

The most compelling of containers featured images slapped on the walls, often missing clear links to authorship, such as Pete Brook’s Prison Photography on the Road, which conducts interviews with photographers documenting the criminal justice system, and was featured in Noorderlicht’s Cruel and Unusual two-container exhibition.

Of particular note in Noorderlicht’s exhibition was the work of Alyse Emdur. Her series, Prison Landscapes are as odd and humane as they are wonderful. Emdur documents backdrops painted by inmates in visiting rooms, which serve as makeshift portrait studios for inmates and their guests. Following the discovery of a photograph of herself as a young child visiting her brother in prison, Emdur began inviting inmates and their family members to send these portraits to her. 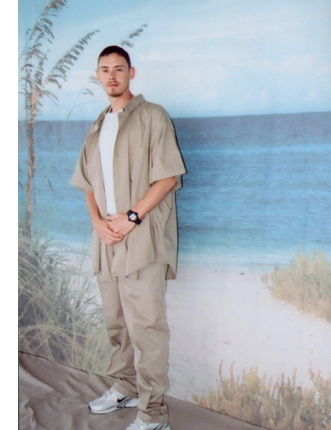 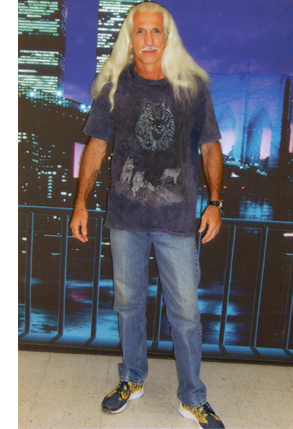 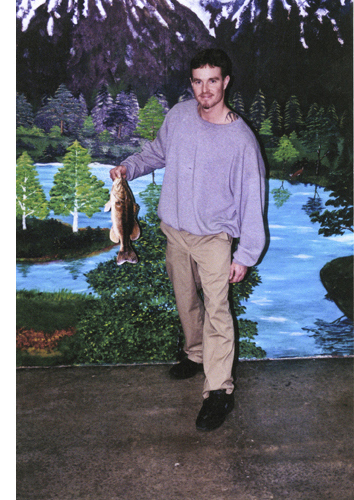 Of the project, Emdur comments, “As inmates and their visitors pose for photos in front of these idealized landscapes they pretend, for a brief moment, that they are someplace else. The photographs are given to these visitors as gifts to take home and remember the faces of their loved ones while they are incarcerated. Created specifically for escape and self-representation, the idealized paintings of tropical beaches, fantastical waterfalls, mountain vistas, and cityscapes invite sitters to perform fantasies of freedom. Prison Landscapes offers viewers a rare opportunity to see Americas incarcerated population, not through the usual lens of criminality, but through the eyes of inmates loved ones.” In keeping with this mission, Emdur also displayed her own photographs of these backdrops made without human subjects. The violent colors of these painted vacation spots become nauseating flattened in the frame with the unveiled landscape of the rest of the visiting room.

Emily Kinni, as part of the 2012 Tierney Fellowship exhibition, also exhibited work within the prison photography genre. The photographs, the evidence of a major feat by any emerging photographer, chronicle now-defunct execution chambers in states where the death penalty has been outlawed. This work itself invokes morbid fascination by virtue of its subject matter, only Kinni’s project does so sans the direct use of the human subject. Instead, a sickly-positioned sign reading “Old Sparky” held in place with jumper cables above a well used electric chair invokes a portrait of just what compounds of human-kind would find themselves capable of hanging such a sign above the still displayed death-chamber artifact in “clever” gesture. One can only imagine the experience Kinni invoked for herself during her year-long fellowship. 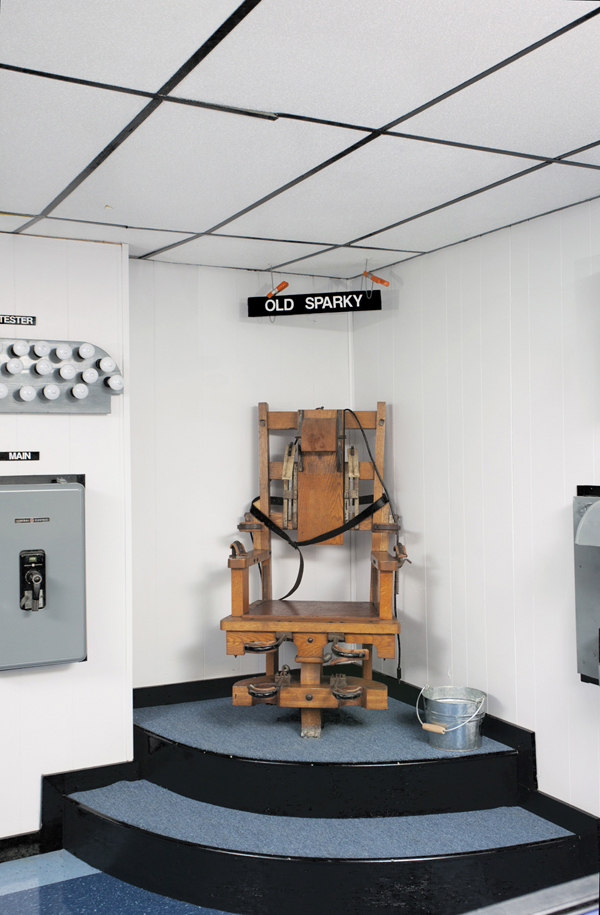 The Magnum Foundation also sponsored two well-received exhibitions, Bruce Gilden’s No Place Like Home: Foreclosures in America, which received a Magnum Foundation Emergency Fund Grant in 2010, and Sim Chi Yin’s China’s Rat Tribe. Sim Chi Yin was a Magnum Human Rights Fellow in 2010. Both series mark the launch of Magnum’s initiative to discuss the meaning and value of home, home as a space in flux. Each exhibitions occupied the space of the containers as a means to enhance the content in the exhibitions. Sim Chi Yin’s work on cramped spaces in which young migrant workers in Beijing live presented the opportunity to recreate the space of one of his subject’s bedrooms. However, the size of the shipping container actually overestimated the size of the living spaces. 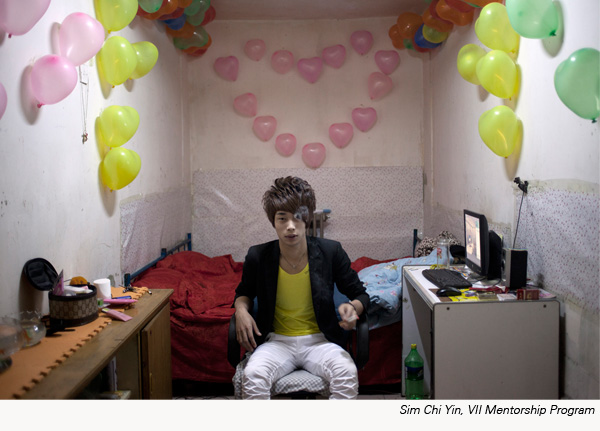 The real hit of the exhibition was Bruce Gilden’s compelling, pertinent work on Foreclosures. Slapped to the door of the unit much like a haphazard eviction sign were enlarged contact sheets of the still images Gilden made of foreclosed properties and property owners in Fort Myers, FL, Detroit, MI, and Fresno, CA (and as per a recently successful kickstarter, Gilden has documented foreclosures in Nevada).  The contact sheet is dually an esteemed part of Magnum history. When looking at work to initiate new members into the legendary agency, its rumored that Cartier-Bresson demanded to the prospectives’ contact sheets, a testament to the idea that the photographic prowress of an individual lied as much in how they moved through a scene, as in the individual pictures the photographer brought back. 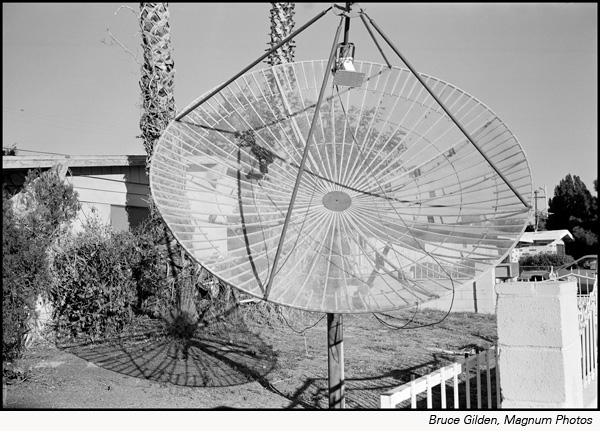 The entire interior of the storage unit was devoted to a video that presented audio interviews between Gilden and his subjects and still images or snippets of contact sheets. The video was projected onto a shower curtain, directing the audience's awareness to a curtained existence of the mortgage industry and the undulating nature of home for the subjects of Gilden’s photographs. Gilden’s voice booms throughout the storage unit in quickfire questioning of his subjects, rattling the tin walls and shaking the curtain.

Check out a excerpts from Gilden's video here, as well as a conversation between Gilden and John Shore, the Executive Director of the Community Housing Council of Fresno, California.

Perhaps the best surprise of Photoville was Conveyer Arts’ pop-up book store, a collaboration with Colpa Press of San Francisco. A miniature homage to Printed Matter’s yearly New York Art Book Fair at MoMA PS1, Conveyer offered a quiet tactibility less present in the immediacy of the plethora of documentary images. Conveyor offered hand-made letter press books, such as Luca Antonucci’s beautiful 10-off Fallen Empire, pristine attention to paper stock, and deskilled conceptual projects often printed on newsprint. The notable pop-up offered a cool breath--the reminder that the most profound impact a work of art might have, in a world laden with disposable imagery, is quiet and patient quality. 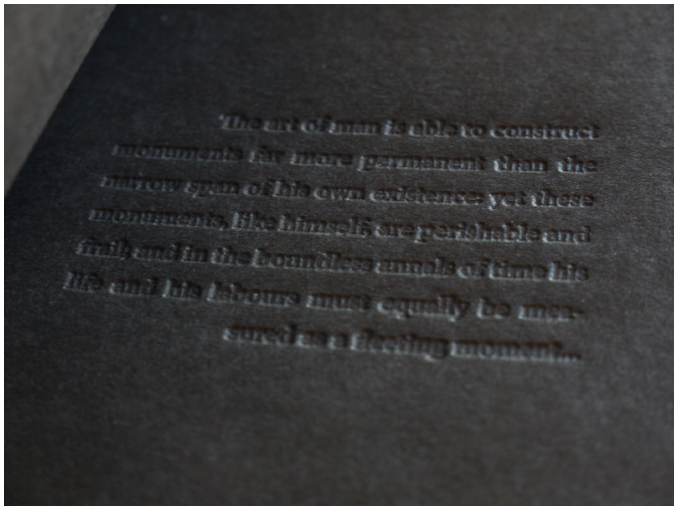