Herd in Iceland: A film by Lindsay Blatt and Paul Taggart 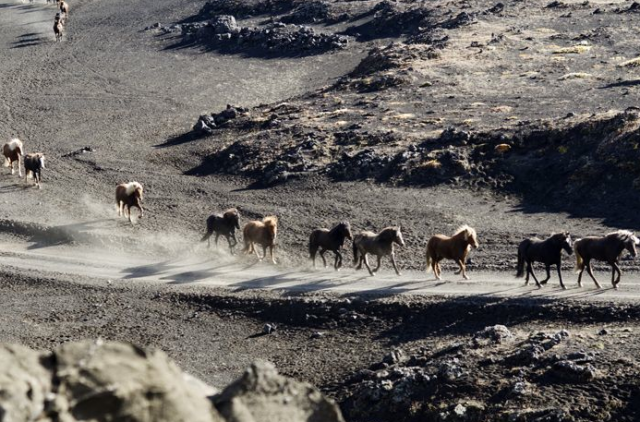 Filmmakers Lindsay Blatt and Paul Taggart met seven years ago, when Blatt worked as a photo editor at a news agency, and Taggart was a photojournalist covering international news. For two years, they have been collaborating on a project, where they have travelled to Iceland to film a documentary on Icelandic horses, and the community which surrounds these pristine creatures.

The team has launched a Kickstarter project to cover post-production costs and festival entries. There are just two weeks left in their camapaign, so check it out. This compelling work certainly warrants a much wider audience.

Of the film, Blatt and Taggart write:

"Herd in Iceland began filming in the fall of 2010, when Lindsay and Paul traveled to Iceland to document thei Icelandic herders as they collected their horses across the island's remote terrain. During the summer months, the horses live a wild existence, grazing in the highlands and raising their young. Each fall, they are rounded up by local farmers and directed across the stunning landscape. This valued tradition is a social and cultural touchstone for both the farmers who own the horses and the city dwellers who travel to the countryside to participate.

"The horse holds a precious place in Icelandic culture, art and tradition; for over 1,000 years Icelandic law has prohibited the importation of horses onto the island. By telling the story of this annual journey, Herd in Iceland captures the symbolism behind the horses and the nation they represent."

Check out the trailer for Herd in Iceland and get a small glimpse of two years of stunning footage.

Have a look at these still photographs by Blatt and Taggart. 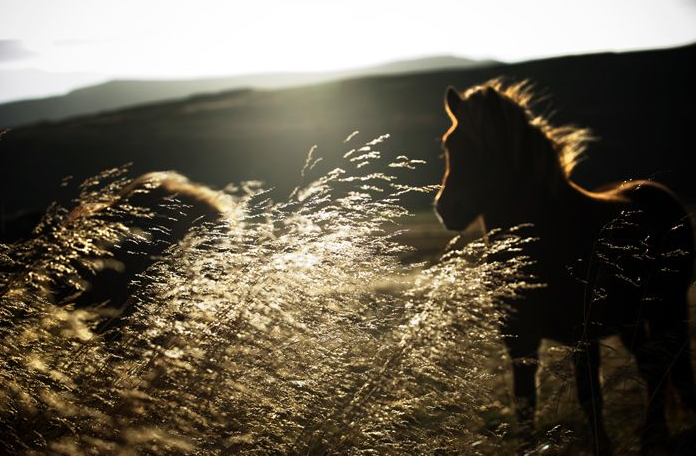 An Icelandic horse in the landscape near Þingeyrar Farm in Iceland on September 27, 2010. Photo by Lindsay Blatt. 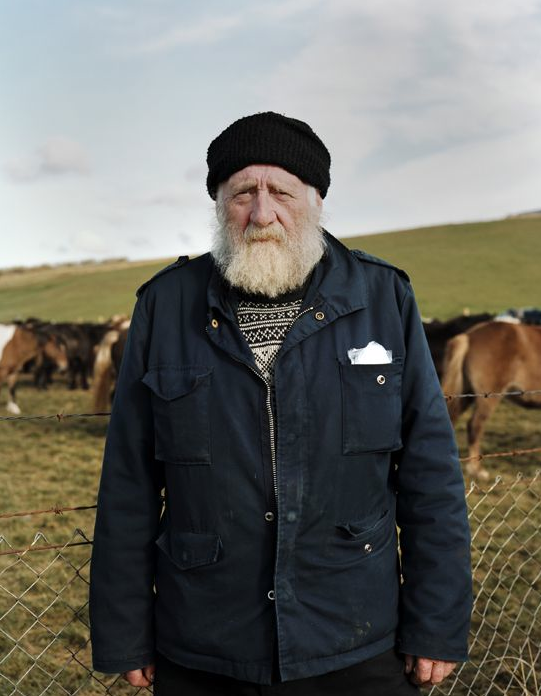 A retired fisherman at the Víðidalstungurétt round up in Iceland on October 2nd 2010.  Photo by Lindsay Blatt. 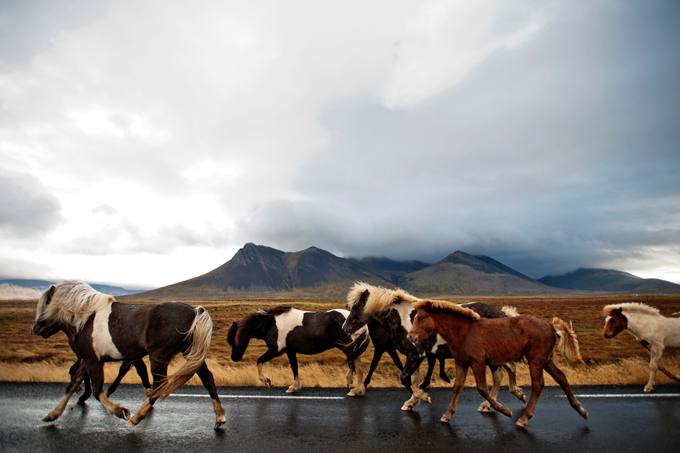 Icelandic horse walk down the higway to their farm after being sorted at the Víðidalstungurétt pen during the annual round-up on October 1st, 2011. Photo by Paul Taggart. 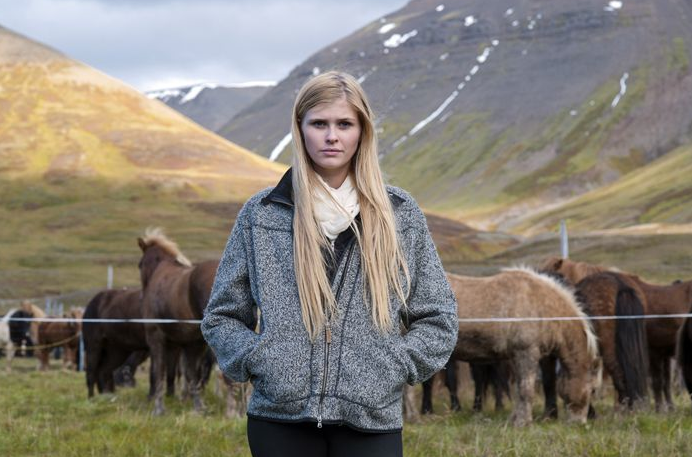 Kolbrun Yr Sturludottir helped to bring in the horses from Geitaskarð farm, on the way to the Skrapatungurétt round-up in northern Iceland on September 17, 2011.  Photo by Lindsay Blatt. 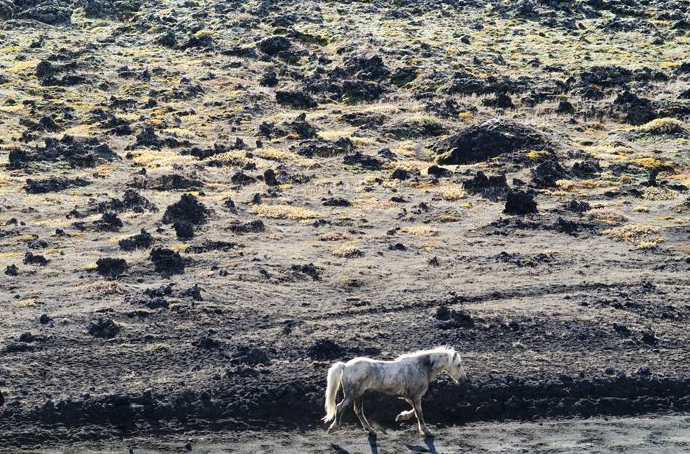 One of the horses being herded through the lava fields near Landmannalaugar in southern Iceland on September 21, 2011.  Photo by Lindsay Blatt. 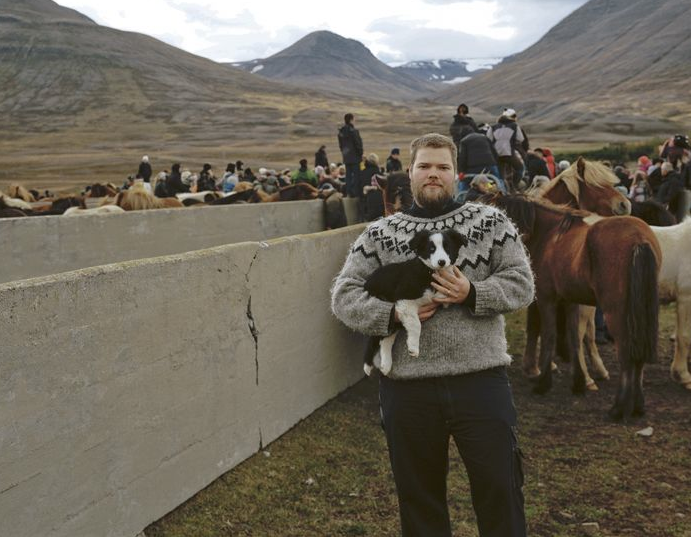 Davíð Logi Jónsson, with his border collie puppy in the sorting pen at Laufskálarétt in northern Icelandn on September 24th, 2011. Photo by Lindsay Blatt. 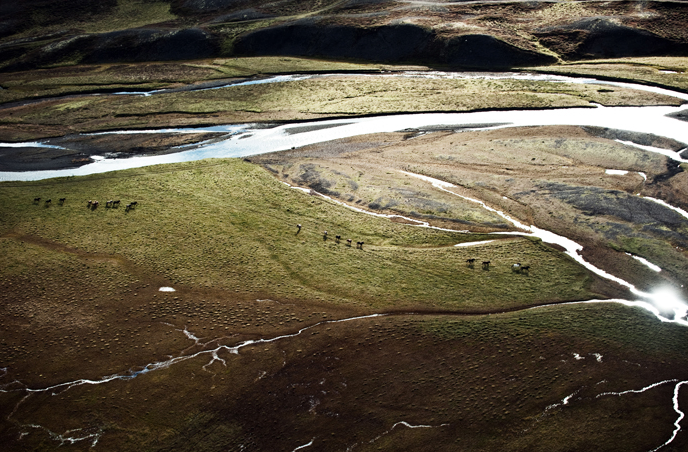 Icelandic horses run along a river leading to the Skrapatungurétt sorting pin in Iceland on September 23, 2010. Photo by Paul Taggart.

Be sure to visit the project's website to see more photographs from the Icelandic horse roundups, and to stay updated on the latest news on the film.