The Alphabet of Light, #5, by Kirsten Rian (Linda Connor) 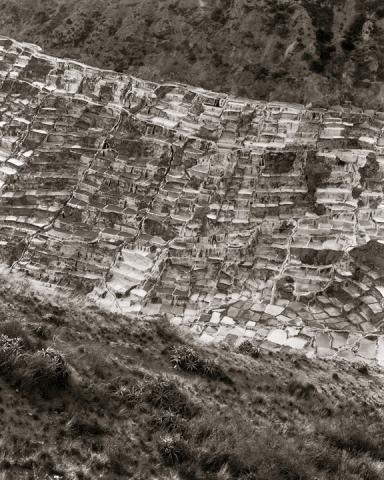 The very first photo exhibition I worked on was Linda Connor’s. I was 24 years old. And I had grand plans to become a photojournalist and change the world. I can’t remember the how or why, but I did something really wrong while preparing that exhibition. I broke some glass, or I dropped a print or something.

That was more than 20 years ago, and the first and only time I messed up quite like that, but what I remember more specifically is standing in front of Linda’s luminous images, saturated in warmth, these geographies I’d never seen. Stone, light, and fragmented space collectively harvesting metaphor.

She recently said to me, “Photographs allow us to retain a visual record of the past, and help us negotiate our everyday lives.”

This notion of negotiationis pivotal to reconciling the thrumming choices presenting us with every potential image, the decisions involved with composition and storytelling, mirroring, as Linda says, the spectacle of abundance ordinariness that accompany every hour of every day. We eventually get wrinkled and tired from dancing between shoulds and coulds after a few decades, to be sure; but photography’s value is in its ability to bridge past with present, to archive bits of memory and create an inventory of impressions we call a life.

Once every 100 years Venus negotiates its way across the sky in perfect alignment between the earth and the sky, and just last month the transit of Venus appeared as a black dot against the sun. I was fascinated with this story, thinking about how much depends on the contours of everything else around us, the interplay of negative and positive space, the lining up, straight or crookedly, of everything. Venus actually orbits between the earth and sun about every year and a half, but due to the angle tilt it passes either above or below the sun. Near misses except for once a century.

Photography writer, editor and curator extraordinaire, Alan Rapp, landed on the crux of photography’s challenge when he recently told me, “Photography is vacillating as to whether its humanist tradition can meaningfully coexist with the radical visual possibilities of the practice, or whether it is more effective in reassuring us who we are than presenting us with unfamiliar sight.”

I didn’t go outside with a telescope on the night of June 5 to witness for myself this once in a lifetime ballad of sky, but I knew it was happening, and like 17th century scientists knew, that this event measured something of significance, literally and otherwise.

Perhaps some of photography’s continued success through this surge of technology and influx of users rests in trust that if an image is authentic, it reveals a piece of the artist’s interior. Doesn’t matter the content, place in the world, level of pragmatism or technical prowess. Those are irregardless details without implication to the intangible untouchables of a self.

I didn’t meet Linda until a few years after that initial exhibition, and I was greeted with an outstretched-arms-hug, with gesture holding sincerity, much like her photographs.

“A life without images would be as paltry as a life without music or literature. Images allow us to remember and imagine,” she tells me. And while it feels obvious, it’s not. It startles me to realize we do need permission sometimes, or a lot of times, to hold onto our collective and individual histories. And more even yet, to imagine.

To see some of Linda’s images, visit http://www.hainesgallery.com/artists/Connor_Linda/Connor_01.html