The Alphabet of Light, #8, by Kirsten Rian (Lisa Kereszi) 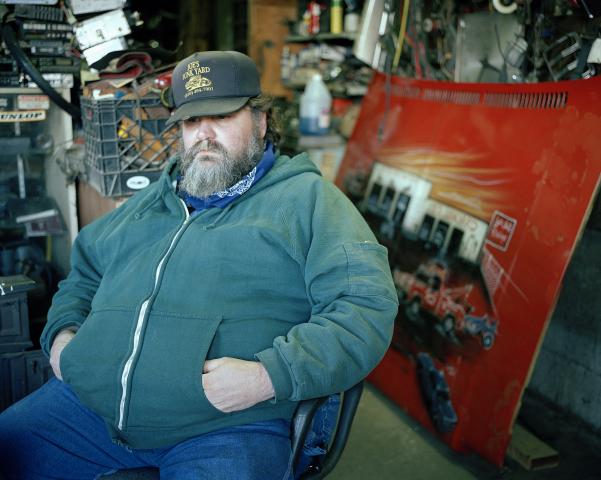 My mother doesn’t forget anything. She remembers what I wore the night of my first theater performance in middle school; she remembers my scores at high school sporting events; she recalls what kind of cake she made for my various birthdays growing up. She gets hurt when she reminisces, asking, “Don’t you remember that night?” and I say, not really. The details for her seem anchored in the harbor, the one calm cove of her mind.

It’s real, I know what she remembers so specifically is actual. What’s odd, is that the woman from that time, the woman of my memory is a shell now, in present-time, and mental illness has steered her interpretation of real time here and now as unprocessable. The past is sharp and clear, the details of which she curls her fingers around and doesn’t let go. The world of decades ago is the only solid ground she has left to walk on. The present is filled with people who aren’t actually here, with events that don’t actually happen, and she spends each day nowadays running from them.

While for me many of the particulars of my childhood are a blur, I do still feel the cadence of what it was like, that part of memory lingers. I slip on the ice of looking back, and part of that weight resting in my gut is the muscle and cell memory of carrying not only my memories, but also what my mother brings forward from her own childhood, and what her mother passed on to her from her upbringing, all of it carrying forth to now, the tether of intangibles that link families  whether we like it or not. History does fold itself into generation upon generation upon generation.

Lisa Kereszi speaks to this in a conversation with me and it resonates, “I think living as a child of people who have suffered so much loss gives me a real heaviness that I must bear. I live in fear of such tragedies befalling on my own immediate family. You carry the weight of your parent's and grandparent's failures, losses and pain.”

Wislawa Szymborska, the Nobel Prize winning Polish poet, wrote a piece called, “Hard Life with Memory,” and in it she discusses the difficulty in reconciling past and present, in striking that balance between the life we, as adults, work to build, the one we want, hope for, dream about, with the circumstances of what is, and with the bits and pieces of ourselves and our family that remain in the sieve. On good days those pebbles and fragments are a museum, or a library of memories; on hard days, a penitentiary.

Lisa’s grandfather, Joe Sr. built up an empire in the junkyard business. At one time a minor league boxer, he was tough, and the boom years in the 1950s and 1960s brought great success in the retail of leftovers. The lifestyle hummed with Cadillacs, beach cottages, maids, but then gave way to family tragedies, deaths, drugs, violence, modern-era economic loss and downturn. Her father, Joe Jr, owned and ran the junkyard during her childhood.

In the preface essay to her book out this fall, Joe’s Junkyard,  she writes, “The ‘Yard’ was my dad, Joe Jr.’s life.” Of her images, she tells me, “It's their world, but it's from my point of view.” Lisa took her first photo of the yard at age 16, the same year her father dropped out of high school to work there. In a conversation she tells me, “My grandmother lost 2 sons, 3 houses, her husband and the business. My dad lost 2 brothers, his father, his life's blood business, the junkyard empire, he even lost his family to divorce: me and my sister. He had a tattoo with our names on it, which he had covered up with three women's faces after my mom left with us in tow.”

I ask her to describe one of her photographs, filling in the visual with other senses. I’m drawn to one of the first images in the book, entitled, “Eloyse and her son Joe Jr., Easter, 1998,” in it an older woman sits in a chair, another chair next to her with flowers in the seat. A partially rusted light green pick up truck is in the background, almost itself some kind of horizon. A line of tires rest in a row to the right of the frame, an entry point to the image directing the view to the grandmother in the chair. Lisa’s dad Joe stands behind the tires, in a baseball cap, overalls, smoking. She says to me,

“The chair's wobbly, on uneven ground. The ground is almost black, dirt and rocks and bits of this and that ground in - wires, nuts and bolts. The place smells like motor oil - you've smelled this is you've walked into an auto repair shop - not a new car dealer's service center, but a place that installs used parts. It's very specific. The phone's ringing, or at least the 2 lines rang a lot in the old days. In the distance, the oil refineries are burning off excess gas - they are pencil-thin smokestacks with a tip of orange flame. You can hear the crazy old tow truck (from the cover) growling around. My grandmother, pictured, is sitting there, bossing the men to move that or clean that or rake that or sort this thing or that thing. It must be exhausting to be her. She has a mouth like a sailor. My dad wanders in and out, handing her money, pocketing some. The Easter flowers were delivered by my grandfather's sisters, 2 Catholic nuns, who were making the rounds of their brothers' businesses. The flowers don’t fit in this landscape...”

I look at these images and am standing there, too. They’re that porous, that honest. Every person remotely interested in photography and its ability to gather up glimpses of the personal and translate them univerally should look at this body of work. Our lives are built of scrap. Families are messy. Her images make me wonder about things like, how big a role does luck play in a life? Geography? Chance? We land where we land, under a hot sun or a snowy sky, into whatever legacies we’re born, fall into a group of hands called family that either hold us or hit or something in between, maneuver through the waking and sleeping hours wherever we are and call it a life.

When Szymborska died earlier this year, NPR reprinted the beginning section of her poem, “Under One Small Star,”

My apologies to chance for calling it necessity.

My apologies to necessity if I'm mistaken, after all.

Please, don't be angry, happiness, that I take you as my due.

May my dead be patient with the way my memories fade.

My apologies to time for all the world I overlook each second.

My apologies to past loves for thinking that the latest is the first.

Forgive me, open wounds, for pricking my finger.

Each day, each of us pays tribute to what’s big enough to hold, and sloughs off what’s small enough to let go of and become someone else’s loose change. Lisa’s work cultivates the interlude of memory. I ask her what studying her life/home/family through the lens of a camera has given her.

“Distance, and a sense of looking back, looking in. I always feared that I was too close to the subject...The camera is armor, helps deflect and protect from injury and pain and arrows and bullets. It's too painful otherwise, and has to be buried. I chose to dig it up, I guess.”