The Alphabet of Light, #9, by Kirsten Rian (Loli Kantor) 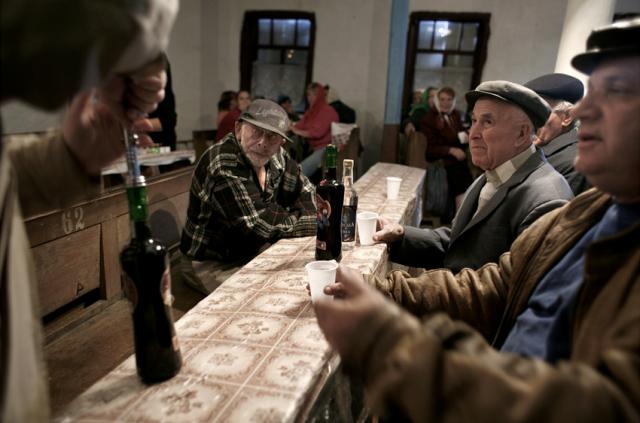 “I see better with a camera than with my eye,” my friend Loli tells me.

I am making applesauce with my daughter. The peeler frustrates her, plus sometimes she nicks her knuckles, thus I am peeling into our kitchen sink and Sophie is standing next to me chopping the apples I hand her. About ten minutes into this she says, “Mama! A star.” She has sliced the apple width-wise instead of vertically around the core. The two halves of the apple lay face up on the cutting board and the cross-section of seeds and seed pockets indeed do make a beautiful 5-pronged star.

I see better standing next to my daughter.

Loli Kantor and her story often pop into my head when I’m harboring moments with my kids that give me pause, like this one making applesauce. Because I’m grateful for the time and space and circumstance I landed in that have given me what I have. Most importantly that’s my children. Loli’s mother died giving birth to her. Her parents narrowly escaped Nazi occupied Poland; the entire rest of her family was killed. Her father died when she was 14. Her brother when she was 46.

“I think the fact that these seconds stay with us through the life of the photograph makes me feel that I’m an active participant in what it all looks like during my/our times. I love the photograph and the document and the relationship between the two. It is these stories of the past experience that infiltrate into our now and make everything rounder and fuller for me. Without the past I have neither present nor future,” she shares.

Because of the war, her family lost nearly all their photographs, books, letters, “Everything vanished with the family,” she says.

Loli raised her own children, got them out the door, and started photographing at age 49. Her book, Presence: Jewish life in Eastern Europe, 2005-2011 (working title),will be released in fall of 2013 by University of Texas Press.

Writer and daughter of immigrants herself, Tillie Olsen once asked, “And when is there time to remember, to sift, to weigh, to estimate, to total?”

There never is time given, for any of us. Found, or more easily taken, perhaps, at certain points in our lives. For both Olsen and Loli, more of that time appeared when they reached their forties.

“As soon as I had a window of time and opportunity, I shifted my point of view into this past of mine, and became consumed with the need to visit this dark area in my life, all by myself with no other family members involved or helping me. I had to do this alone...” Loli says.

For almost a decade she photographed remaining Jewish communities in post-war, post-Cold War, Ukraine and Poland. She documented monuments and deathsites, as well as present-day community gatherings, holiday celebrations, meals, daily life. Using a variety of camera formats as well as printing approaches, she created a mirror of memory using process to help each image translate its own specific story and metaphor.

She makes an interesting point about existing as a second generation--wedged between the survivors and the younger generation of her own children, still close enough to have absorbed the weight of global history almost first-hand, while reconciling this with the direct impact of her own life story. “I can bridge the older generation of the survivors, with whom we grew up, and the younger generation, our children. I feel a compelling obligation to find and tell those stories.”

“...the sea's only gifts are harsh blows and, occasionally, the chance to feel strong. Now, I don't know much about the sea, but I do know that that's the way it is here. And I also know how important it is in life not necessarily to be strong but to feel strong, to measure yourself at least once, to find yourself at least once in the most ancient of human conditions, facing blind, deaf stone alone, with nothing to help you but your own hands and your own head...”

Birth and death all tangled up.

The only clarity is in remnants.

I’m still not sure if there is a call and response between lost and found. Sometimes loss is just lost.

Perspective. I didn’t die in childbirth. I get to watch my daughter slice apples, watch the sky invert and land in the middle of my kitchen.

Loli tells me, “We see what we see in our own language of thoughts.”

And so, piece together history, ours and others, in the embedment of legacy. Name what is ours. Save what remains.