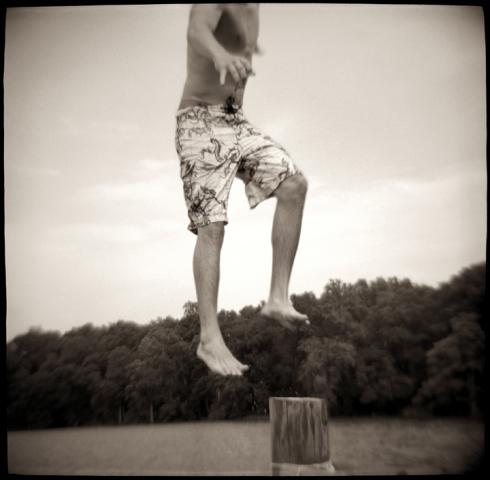 “So, I started to mull over just what it means for a person to be so dedicated to photography - or any art form - for decades and then once they have slowed down or redirected for whatever reason, then what happens?  The artifacts of a career can get dusty fairly quickly.” --Gordon Stettinius

When Gordon Stettinius first began his project on photographer Gita Lenz, he would bring boxes of her images to the nursing home and together they’d go through the prints.

“While Gita was losing some of her mental acuity, these photographs were an obvious source of pride and she really enjoyed revisiting them...And she was such a good printer and so obviously passionate about her work, I wanted to do something that would augment her legacy.  Through publishing a monograph of her work [through Stettinius’s Candela Books] and mounting a solo show  for her in New York at Gitterman Gallery, I feel we did that a little bit,” he continues.

Lenz was a very active photographer in the 1940s and 1950s and a friend of Aaron Siskind’s. She was included in museum exhibitions, including the seminal Family of Man show at MoMA in 1955. In the early 1960s, financial constraints forced her to work in other fields, and contact sheets, undeveloped rolls of film, negatives, and gorgeously printed images were placed in boxes. Fast forward to 2002, and when Lenz was moved out of her fifth floor walk-up apartment in Greenwich Village to an assisted living home, Stettinius was contacted to help preserve the photography collection.

Time seems to make every aspect of one’s life flood.

My 96-year-old grandmother’s estate sale is this weekend. She was moved out of her home last weekend. One week. The bookends of the earth spinning around its axis seven times and an old woman’s life is turned upside down, and all the objects that bookmark events and passages sprinkle themselves out into strangers’ hands via little yellow tags reading $5, or $9.50, or $15 for the pair.

Between the first and third centuries the Roman Empire adopted the seven day week. And in a year the earth rotates the sun, facing all the light and all the dark that whorls into and against its surface. And in a handful of years we each cycle through enough births and deaths and trips to the grocery store that our declaration of planetary alignment becomes more and more precise--quarantine the hurt, while gesturing, still, to hope’s explanation: morning. A new day and a chance to start all over again.

Gordon tells me, “The exchange of words over whiskey can feel incendiary.  Watching your little ones grow is heartwarming. These are real experiences, but ephemeral ones.  The curious power we have of making and taking and editing images, so many scattershot suggestions which are slippery to the touch...with a little applied dedication, our photography is capable of cementing our idealism.”

My grandmother hasn’t wanted anyone to visit her in her new senior facility. This small apartment, surrounded by about 20% of her furniture, pictures, things, is monochromatic in the idealism category. The experiences and objects we accumulate over the course of our lives stack on themselves like notes, wash over us like music as we whir about until one day it’s quiet. Ephemeral, indeed. Slippery, yes.

Before she moved she gave my daughter a carved wooden duck, and my son a white ceramic rabbit she used to keep on her window sill. I have a painted candlestick holder from Italy she used to keep on her kitchen table that I’d always admired. She cleaned out her drawers and gave me a few photos that are now on my mantle, one of her as a child, another of my mother, her daughter, in a formal overly-sepia-toned portrait with my uncle when they were kids. And it’s these that anchor some points of memory, threading the departed histories forward.

“I would profess to be a journey type of person rather than a goal-oriented type.  I fail at times to respect the idea but openness to the world does allow intellectual evolution in a way that formulaic strategic practice will never permit.

I have never really been sure how to reign in my pathological curiosity.  And my own work reflects this.  So maybe my contribution could be to help others  - for just a brief moment - to bring their work into a new shape, to see how it feels, to bring it to the attention of others,” Gordon says.

He launched Candela Books in 2010 to produce a publication of Lenz’s forgotten work. The publishing house has since continued on with other titles and plans for more.

Of Candela he writes, “...fugitive experience is its own brilliant possibility...But the photography book, solid and passed from hand to hand, is one of the most durable legacies a photographer might leave behind in their wake.” It feels to me like books take a stand against forgetting. They are flags plunged in soil against the momentum of chasing errands and income that too quickly become years accumulated like stacked kindling. Stop. Open a book. Read someone’s story. Look at the pictures of their life.