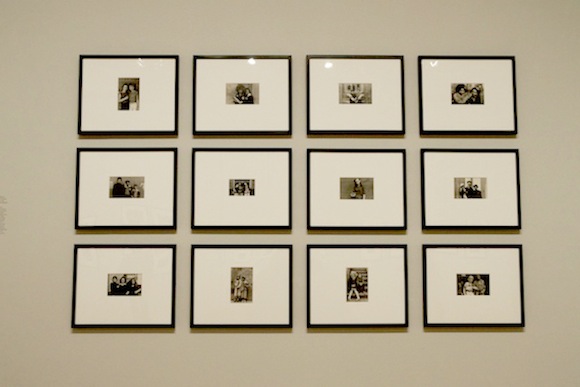 This summer sees Tate Britain host to Another London, an exploration and celebration of London through the eyes of international photographers. Featuring work from 41 non-British photographers, Another London boasts a panoramic view of the capital that is by turns idealized, skewed, empathetic, voyeuristic and surreal. Though as a concept ‘London’ may seem too loose to tie together such an extensive body of work, the Tate manages to pull it off.

Moving through the 20th century from the beginnings of mainstream photography and culminating in the 1980s, Another London is best viewed as a study of the London of the recent past rather than as an explicit statement about the capital today. This is not to say that the exhibition has no modern relevance – on the contrary, it acts as a kind of timeline, documenting the massive changes London went through over the past 100 or so years that turned it into what it is in the present day.

Several different photographic schools and institutions are represented here, most prominently Bauhaus; artists such as Ellen Auerbach and Horacio Coppola feature, as do various photographers directly influenced by them, including Herbert List and several other contemporaries. The Magnum Photo Agency is also a strong presence in the exhibition, with works from founder Henri Cartier-Bresson, Marc Riboud, Bruce Davidson, and Sergio Larrain, among others.

Arguably the most interesting section of the exhibition (and definitely the most extensive) is the collection of photographs taken in the periods before, during and immediately after WWII. Often taken by photographers who had fled Nazi Germany or other occupied countries for London, these photographs create a vivid picture of the capital in wartime – Wolfgang Suschitzky’s 1942 ‘View from St. Paul’s Cathedral’ is particularly striking, fully exposing the complete destruction and misery certain parts of London fell victim to during the blitz, while Felix H Man’s ‘The Lights Go Up In London’ captures the opposite extreme: the almost dreamlike haze of relief and jubilation the announcement of the war’s end brought to the city.

Robert Frank’s dramatic and slightly surreal representations of a smoggy, grey London reveal a different side to the city in the post-war period – that of an industrial nightmare of elitism and social inequality, a society struggling to find its way after the drama of the war, all the while dealing with rapid social change. This theme is similarly explored in Milton Novotny’s of the romanticized ‘Swinging London’ of the 1960s – images capturing the glamour and excitement of the time go hand in hand with those that expose the poverty many people of the era lived through. Karen Knorr and Oliver Richon’s foray into the punk scene of the 70s almost feel like a continuation of Novotny’s non-sentimentalized exploration of the prior decade – describing the London their work is framed by as in feeling almost ‘in ruins’, Knorr and Richon’s exploration of this particular subculture captures the climate of political frustration and disenchantment felt throughout the decade.

London’s transformation into a global and multicultural city is well documented here, as is the prejudice and social friction that haunted this process. None do this better than Neil Kenlock’s fascinating photographs of new Caribbean immigrants in London and their daily experiences with racism. Leonard Freed’s photographs of London’s Hassidic Jewish community similarly capture everyday life for another group of people often shunned by the city’s more reactionary forces.

Never giving into the temptation to fall into sentimentalism, Another London is more than a just an Olympic tie-in – it succeeds in painting a well-rounded, realistic picture of 20th century London. Though it doesn’t necessarily break any new ground, it is an interesting and worthwhile retrospective on a global city, and definitely worth a look.