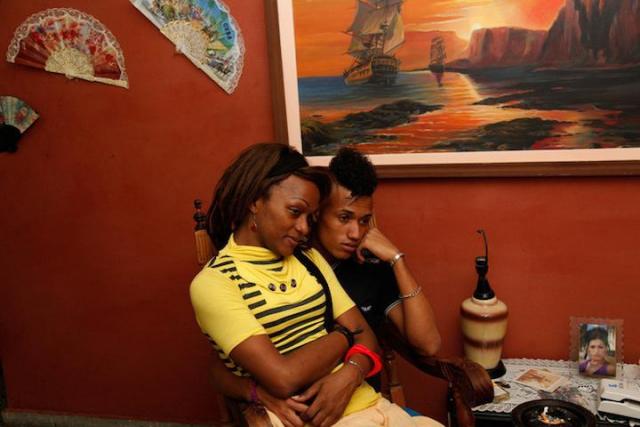 The subject of transgender rights and transgender life has entered mainstream society in unprecedented ways. The trans person has gained visibility unlike ever before; Laverne Cox, a transgender woman who plays a trans woman inmate on the Netflix series Orange is the New Black, and Jared Leto's portrayal of Rayon in Dallas Buyers Club (2014), for which he won Best Supporting Actor, point towards a seemingly more tolerant mass public. In the world of fine art photography, the documentation of transgender people can be traced back to early Arbus up through Nan Goldin, Catherine Opie and most recently, Daylight Book's new publication of Mariette Pathy Allen's TransCuba (2014). Ms. Allen has long been an advocate for trans communities across the nation and now the globe - her subjects, mainly trans-identified people, have shaped her profession as a photographer and cannonized her within the LGBT community and history. David Rosenberg, Editor of Slate's Behold blog heralds Ms. Allen as "The Unofficial Photographer of Trans Life" and his profile on Ms. Allen and her work provides a captivating look into the evolution of a photographer, a career, and an unique history of people long on the fringes of society.