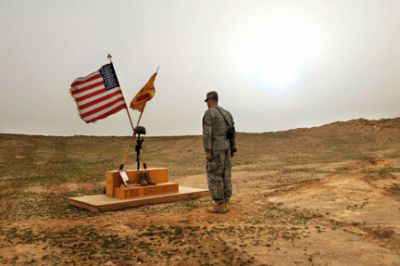 Peter Van Agmael's Daylight Podcast, commemorating the five year anniversary of the Iraq war, is now featured on PBS's POV. Since the beginning of 2006, Van Agmael has documented the consequences of America's Wars, at home and abroad. In 2008, he helped organize the exhibition and book Battlespace, a retrospective of unseen work from 22 photographers covering Iraq and Afghanistan. He is represented by Magnum Photos.

Produced by PBS, Regarding War is a place for citizens and soldiers to share stories about past and current conflicts, and to discuss the realities of war, both on the home front and the battlefield.