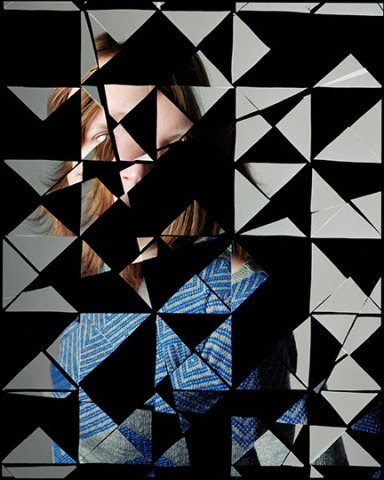 Hannah Whitaker's first solo show in Los Angeles entitled Cold Wave opens tonight, March 15th, 2014. Influenced by the Austrian logician Kurt Gödel, who introduced the notion of unknowability to mathetmatics (a discipline often characterized by certainty), Whitaker began approaching the film plane as a formal system comprised of limited variables and operations. The results of her intellectual inquiries are breathtaking fractured depictions of subjects suspended between the viewers sense of what is 'real' and what can be recognized with certainty, a woman's face for example, and what is considered 'anti-real' - a portrait that neither bends to the logic of proportions or dimension.